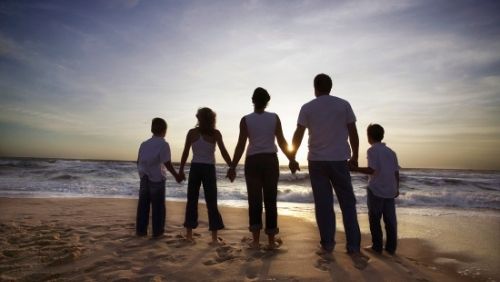 The more you know about your own epilepsy the more you can make better and safer choices.  Our Community Resource Officers around the country run Toolkit programmes for those with recent diagnoses and STEPS self-management programmes for adults and parents of children with epilepsy.

Carrying identification is important. It gives information about what someone needs to do if you have a seizure. If you are concerned about how people who know you will manage your seizures you can share our information resources with them. Epilepsy Ireland can also give talks for schools, workplaces and groups.

Risk is part of daily life for everyone, whether they have epilepsy or not. However, for a person with epilepsy there are some important safety precautions. People whose seizures are frequent and unpredictable will need to be safety aware, especially if they are likely to have a sudden loss of consciousness or a fall. Thinking about safety risks can be difficult and it’s understandable that you may feel some anxiety about it, but in the long run it could keep you safer.

As with other long term conditions such as asthma and diabetes, having epilepsy can also carry with it associated health risks. People who continue to have seizures are more at risk of injury, status epilepticus and SUDEP. We need to know the risks in order to make safer decisions. Statistics show that rates of injury and mortality are higher in people with uncontrolled seizures in particular. Studies show that the most injuries happen at home. Unfortunately, it is a fact that there is a risk of death also with epilepsy. Up to 50% of these deaths relate to SUDEP (Sudden Unexpected Death In Epilepsy). Other deaths relating to epilepsy can happen due to accidents that can happen through seizures. Having a seizure in the bath is the next most common risk of death in epilepsy.

In Ireland, there are approximately 80-130 reported deaths due to epilepsy each year, which represents around 0.2% of the nearly 40,000 people with epilepsy in the country.

Some risks are easy to remove whereas others might be less so. It is easy to place a fireguard in front of an open fire but stairs are fixed and need to be worked around. Try to think about what possible risks there are in the layout of your home which might be hazards for your seizure type (such as stairs and falls, balconies and wandering). How can these risks be reduced with careful planning? Is epilepsy your only condition? Do you have other illnesses or disabilities which need to be included in safety decisions? If you have mobility issues or sensory issues you will need your safety plan tailored to these needs.

A seizure diary is a written or electronic record of your seizures. It is important in epilepsy care to help you see if there are any patterns to your seizures and find possible triggers. It can also help your medical team track changes in your epilepsy. Phone apps such as the Epilepsy Ireland App help you to record and track your seizures over time.

Types of injury risk will obviously depend on the type of seizure and where seizures happen, particularly if they affect awareness or if they involve falling without warning. Fractures can be linked to falls especially among those with bone health issues. Bone health can be affected by some epilepsy medications so speak to your nurse or team about whether you need to take calcium.

This is not common and refers to seizures that are prolonged (over 5 minutes) or occur one after another in quick succession without recovery in between. In some seizures such as Generalised Tonic Clonic seizures status, if untreated, can cause brain damage and can be life threatening. It follows that it is important your doctor knows if you have experienced a seizure that is longer than normal. Many people with epilepsy are prescribed emergency medication to prevent status epilepticus.

A person who experiences sleep seizures should consider the following saftey precautions regarding beds and pillows:

Some seizure-like episodes are not epileptic. Febrile seizures are common in young children and linked to fever. These typically fade with age. Non Epileptic Attack Disorder (NEAD) episodes may look like epileptic seizures but they are different and often have a psychological cause. They are outside the person’s control and are treated with psychological support. It is possible to have both epileptic seizures and Non Epileptic Attack Disorder. In order to tell epileptic and NEAD attacks apart a person may need to be admitted for video EEG monitoring in hospital. Seizures due to medical conditions with metabolic and cardiac causes are not epilepsy and should improve when the underlying condition is treated.

Technology can help detect seizures. There are numerous models of seizure alarms on the market and there are some apps for detecting seizures too. Seizure alarms can give peace of mind especially for people living alone. Alarms can be costly so it is best to look at the range of products available to find what suits your needs and budget best. To decide on the best device for you will need to think about:

Is it a tonic clonic seizure, another seizure with movement, do you get a warning or not, does the seizure feature saliva, urine, breathing changes or wandering.

2. How will you benefit?

Anyone with epilepsy can benefit but especially those who live alone or parent alone, people with sleep seizures, people with uncontrolled tonic clonic seizures, prolonged seizures, those with history of injuries, people who wish to live independently of family.

3. Which alarm is best suited

Not all alarms are the same they capture different seizure types in different situations. A bed alarm can detect seizures in bed but a separate alarm is needed to detect waking/daytime seizures.

4. What kind of support do you need?

Someone living alone may need an alarm which detects the seizure and contacts a monitoring centre or nearby trusted key-holder. Those living with family might choose an alarm to alert a carer in the home. Epilepsy specific alarms are designed to detect seizures with rhythmic movements, electrical changes in the skin, and other physiological features. Other alarms monitor position, falls, wandering, breathing and heart rate. Alarms can be used alone or combined to detect a wider range of features.