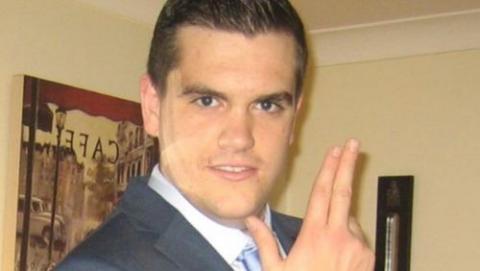 For #SUDEPActionDay2020, Lucy Dineen shared with us how her family have been impacted by SUDEP....

On May 8th, 2015 I lost my beautiful son Robert to Sudden Unexpected Death in Epilepsy (SUDEP). This came as a shock as we had been repeatedly assured that Robert did not have epilepsy and in addition, we had never heard of SUDEP.

The story of my son Robert’s life with epilepsy is particularly harrowing and as my opening paragraph suggests, is one which carries with it many questions to this day.

Robert developed seizures when he was just ten years old and was at that point diagnosed with epilepsy.

Robert’s seizures were presenting as unusual in that Robert never lost consciousness, he was aware of what was happening around him, but had no control of his body when a seizure played out. We also witnessed another type of seizure that Robert was more fearful of; Robert struggled to breathe and explained that he felt this seizure could kill him. Robert underwent all the recommended tests associated with brain function and there were no firm conclusions and no direction to follow.

We were in a different era of the medical knowledge we have today and when the prescribed medication was ineffective in controlling Roberts’s seizures, the medical professionals, who we turned to for help then, then concluded that the seizures that Robert displayed were non-epileptic.

Over the years, we questioned this but as time passed, we were assured that our son Robert did not have epilepsy, and it was suggested to Robert that his seizures were behavioural. We were also assured that he could not die from his seizures.

Robert, outside of having seizures, functioned as any other young man did at his age. He played football and worked to his full potential in education, including gaining a business degree in NUIG. I worried a lot about him during his college years but was fortunate he had wonderful friends and lecturers who saw him and not his seizures. He often said he loved his course and developed a huge love of Galway. Robert was immensely popular amongst friends at home and at school. He was a wonderful son and brother who always made us feel proud and had the ability to make us laugh constantly, despite his own silent suffering.

Robert was often referred to as being charismatic, he was very honest and loyal and had a huge love of music, sport, and gaming. He expressed a wish to help others when he was older and was gifted at reaching out to his peers that he felt were less fortunate than he was.  As Robert grew older however, he developed panic attacks and acute anxiety and was admitted to St Patrick’s psychiatric Hospital in Dublin where he received cognitive behavioural treatment, which did help periodically.

The first time I knew the extent of Roberts suffering is when he wrote this on the ceiling above his bed:

I awake and in an instant, I am unveiled

With wet cold sheets, the dream is still running.

Yes! I have had another.

I lie facing the images of another day

My body trembles in anticipation.

My first impression on seeing what Robert had written on the ceiling was that Robert wanted me to know what it was like in his world of seizures, his expression of his life. I wanted more than anything to find an answer and tell him everything would be okay, but I could not, I was left with hopelessness.

We as his parents and his only sister Rachel lived in a silent world with Robert’s unfolding nightmare.  The still aftermath of each violent seizure left us with a gripping anxiety, and feeling we were the only family living this nightmare. We are now left with a vacant space in our lives, no longer the family we once were. The aftermath of the nightmare is now a living hell.

After all the years of questions, Robert’s epilepsy was only confirmed when it was too late with the cause of death being listed as SUDEP on his death cert. Even with this however, I never would’ve known that epilepsy could have killed my beautiful son. As a parent I desperately needed to blame someone and must accept that we were failed and that the information was not there for us then.

But while Robert’s life with epilepsy was particularly difficult due to him being told that his seizures were non-epileptic for so long; I often wonder if Robert received the correct diagnosis, would I want to know that epilepsy and SUDEP could potentially take my son from me?

I always conclude that having the correct and honest information is always best; and that I would’ve liked to have known about SUDEP, as I am sure Robert would’ve too.

I hope that Robert’s story will raise awareness to other parents and people with epilepsy to ask questions; to learn more about SUDEP and potentially prevent another young life from being lost.

For more information on SUDEP, visit the 'SUDEP' section of our website.