SUDEP Action Day - "The sudden and unexpected of SUDEP is just so real." 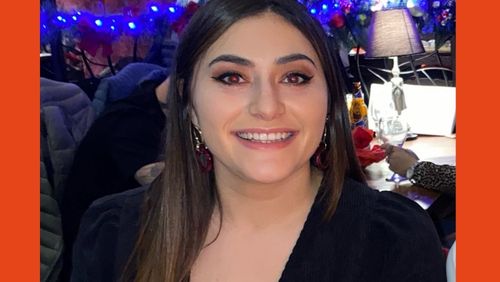 For SUDEP Action Day 2022, Katie Young has written the following piece about her sister Louise, who sadly passed away from SUDEP in 2021….

I’m only a year younger than Louise but I was somewhat protected from what Louise was experiencing with her epilepsy by my family. I remember one time when I knew something was happening. My sister Jenny and I were downstairs watching TV. We both went upstairs to see Mam with Louise, who was on the floor. Jenny would not let me see Louise that night.

When you’re younger, its difficult to understand but I would remember Mam having to carry Louise to the car and how Louise would then have to be in hospital for a few days. I also remember long trips to Dublin from Wexford, for Louise to have her scans. I can always remember the sticky stuff that she had in her hair after these scans.

Even as a child, I remember feeling sorry for her – none of this seemed fair.

Louise did experience a period of seizure freedom after the right treatment for her care was identified and this led to her being taken off her tablets for a number of years.

She was so happy that she did not have to take tablets anymore and epilepsy almost became an afterthought.

But then her seizures came back, when she was in 6th year. It was the first time I remember properly witnessing her having a seizure. She got up to the hallway and screamed, so she knew what was coming herself. Seeing her have a seizure made me so nervous and anxious and thankfully my Mam, Dad and other sister Jenny were there at the time. That seizure she ended up in hospital.

Our bedrooms at home were wall to wall – and every time I heard a noise, I would think she was having a seizure.  After she died, I have found myself wondering about what she must’ve been feeling – if I was anxious about her having a seizure, it must’ve been so much worse for her.

Generally, Louise would know if a seizure was coming on. She would get an Aura. The first time I was with her during a seizure was during covid and when all the zoom quizzes were popular. Louise was about to log on for a quiz night with her girls, but she called me in and said she did not feel well and asked if I could sit with her.

I guess when she asked for me to stay with her, she knew something was about to happen. I sat with her and talked silly stuff with her, but she quickly started slurring her words and she was not making any sense, so I got her to lay down on her side and she then began convulsing.

I just kept talking to her and kept her safe, but I’d never felt more helpless. That seizure resulted in another hospital stay for Louise for several nights.

Despite the challenges Louise faced in her life due to her epilepsy, she never let epilepsy take over.

From an early age Louise was a huge social butterfly and taking part in activities. Louise did swimming, girl guides and went on lots of trips with them. She knew how to have fun!

Louise went to Maynooth doing Media and Business. Seizures continued but she had an amazing group of friends who were right there with her when she needed them. As I said, she was not immune to the craic and was partaking in Freshers Week and various college nights out. As she approached the end of her studies, Louise decided she wanted to do a J1.

So off she went to Chicago! I will not lie, every time she called, I thought it was a call to say she had a seizure but a whole month went by with no seizures. She had so many amazing adventures in Chicago with friends from Ireland and making new friends in Chicago.

After Chicago I just knew Louise would not hang around in little old Wexford, where we lived in the countryside with not great access to public transport – especially given the fact she could not drive. London was calling for Louise!

She got a job and enjoyed living over there. She continued to have seizures, but again, that did not stop Louise living her life. She was not at home sulking over having a seizure. She would get up and set about creating more memories through holidays and nights out.

Then COVID came along and stopped the social butterfly Louise in her tracks. Louise made the decision to spend lockdown with family and move home – while still working remotely for a London based company. COVID was horrible on so many levels for so many people – but I look back on that time fondly, as I got to spend so much time with her in what would be the last year of her life.  We made so many special memories together (and yes, we did make the banana bread that everyone was making)!

This is only a snapshot of Louise and her life – but trust me, anyone who knew her will tell you how she was the most fearless, kindest, social, and sassiest person they ever met! She always looked out for me, and I suppose in a way, I’m trying to repay her for that by sharing her story.

Before she passed away, Louise had become a wonderful advocate for epilepsy awareness and Epilepsy Ireland. She had become comfortable with her epilepsy and because of the person she was, she knew that by speaking about her experiences and reality with epilepsy, she could help others.

In the same way, I must write about how Louise’s life ended – in the hope that it will help others.

I was the one who found Louise the night she passed away on January 8th, 2021. She was just 24 years old. Deep down, I knew she had passed away – but you are in denial until you hear otherwise.

I saw her lying face down on the bed and I thought to myself she has had a seizure. As I approached her, I said ‘come on Louise you are okay you just had a seizure’ but I knew in other seizures she would be making sounds but in this case she wasn’t. I knew something was not right. I got my neighbour, and she started compressions while we waited for the ambulance.

The sudden and unexpected of SUDEP is just so real.

It is still so hard to understand and get my head around.  The day before she was baking scones. She wasn’t even sick. She was baking and then was going to work the next day.  And then, she was gone.

I never knew that it was possible to pass away from epilepsy – and I often wonder whether she knew and if she did, if she truly understood the risks that are known.

And this is why I have written this piece for SUDEP Action Day. As a younger sister who walked into a room to find their 24yr old sister dead, one thing I do know is this – I don’t want anyone else to go through what me and my family have gone through over the past year.

I would appeal to everyone reading this – people with epilepsy or their family members – to please learn more about SUDEP. Talk to your medical team about it and know the risks, and what can potentially be done to reduce them. I would also make a direct appeal to clinicians to make SUDEP a focus of your conversations and engagements with your patients. It is the norm in other disease areas to warn of risk and it needs to be the norm with epilepsy.

If Louise was here now, I have no doubt that she would have become an even bigger ambassador for epilepsy awareness by using her experience of epilepsy to help others. She is my inspiration for writing this story and I want to follow her example by using my experience of SUDEP to also try and help others.

It would be a fitting legacy to Louise if just one death was potentially prevented by a person knowing information about SUDEP and having a conversation with their clinician so please take the time to learn more.

Thank you for reading.

We would like to say a huge thank you to Katie for sharing this powerful piece. You can learn more by visiting the 'SUDEP' section of our website.