SUDEP Action Day - "To be forewarned is to be forearmed." - By Bill Linnane 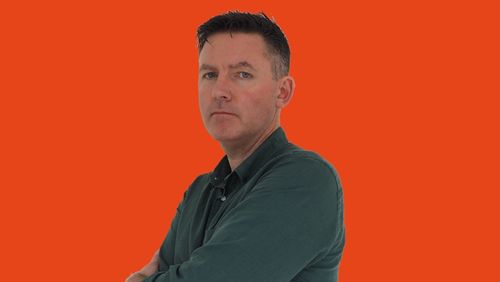 In this piece for SUDEP Action Day, journalist Bill Linnane writes about the passing of his sister Lucy....

I don’t remember much about my sister before the epilepsy. There are vague fragments of it - bits of Christmasses and other big occasions, and that’s about it. My parents told me what she was like then - bright, top of her class, full of confidence. She desperately wanted to be a musician, and loved to perform. My clearest memories start from when she got sick, partly because her seizures and absences scared me. It started with minor episodes of blankness that we would call dreams; she would stop talking, and stare into the distance for a minute. Then she would be back, confused, sometimes babbling, like someone just woken up from a particularly lucid dream. Before long, she was having full seizures. The doctors struggled to control her epilepsy, changing medications, running EEG after EEG in the hope of finding a way to contain it. But it was rampant, and seemingly struck with no discernible cause. My dad used to say that she fell down the stairs when she was small, hitting her head on the bottom step, and that this was the reason she developed epilepsy. She must have suffered a brain injury, he would say. I think that like a lot of parents he just wanted something to blame for his child’s illness. At least then there would be a cause; without that it was just so meaningless and cruel.

As she entered her teens, the epilepsy got worse. She never quite fit in in school - fogged by medication and prone to frequent seizures, she was an easy target for bullies, and changed schools several times. She tried to do an apprenticeship in a hairdressers but after a bad seizure it was decided that perhaps an industry where you hold scissors all day might not be the best option. Her world was getting smaller and smaller.

My parents were terrified of what might happen to her - the illness was so bad that they wouldn’t let her go for a walk on her own. What if she fell and hit her head? What if she fell in front of a car?

She couldn’t exercise, was very overweight, and was often exhausted by either the medications or the seizures or both, and so lived a very sedentary lifestyle. My parents were terrified of what would become of her when they were gone; would she be able to live an independent life, who would keep her safe? They told me that, as there were only the two of us, it would be up to me to make sure she was ok in life.

She was 22 when she died. My parents were devastated - she took up so much of their world, their energy, and now she was gone, leaving this terrible chasm that I could never fill. I don’t know how they kept going, but they did.

If my parents knew that sudden death from epilepsy was a possibility, they never mentioned it to me, even in the decades after her death. Her death hit them hard, but I was quietly relieved. I saw her as a burden that I would have to carry for the rest of my days. Earlier this year I confided this in a friend, telling him that while I missed her, and loved her, in the 26 years since her death I never once wished she was still here.

Two weeks after that shameful admission, my 13-year-old son had his first seizure. It was, once again, just one of those things - my sister and I were both adopted so we had no genetic connection, and even within our own biological families there was no history of epilepsy. Somewhere in the back of my mind I wonder if this is what I get for being so callous about her death - that this has come to teach me humility, and compassion. And, like my dad, I think about my son hitting his head on a chair when he was three and the scar it left. Was that it? Is that what brought this on us? But my son’s epilepsy is different - the medication is controlling it, he is in good health, and science has moved on since my sister’s time. I still see epilepsy as a potentially fatal illness, but to be forewarned is to be forearmed.

We know much more about the risks and what can be done to reduce them so take the time today on SUDEP Action Day to learn more about SUDEP.

For further information on SUDEP, visit the 'SUDEP' section of our website.