How to make it ordinary 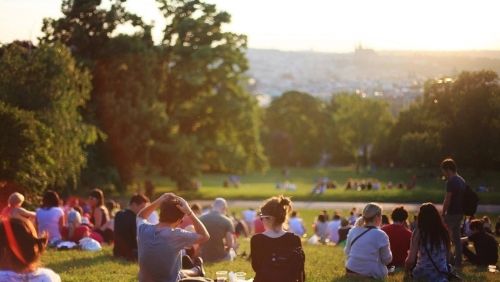 Tell before they see you having a seizure

Describe what the person will see during YOUR seizure. This allays panic reactions because then, they will know what to expect and what to do.

I'd tell them what happens and I said I can drift off or I can do things you mightn't realise; sometimes I could fall down. I wouldn't be going to over exaggerate it. I'd be kind of telling them straight out what can happen, so that if something does happen that they won't say, oh it's worse than she said it was going to be.

Tell in a casual way

Convey that your epilepsy is just an ordinary part of your life. Using a casual setting such as watching TV or chatting with friends helps to keep the atmosphere relaxed. It also helps to tell during conversation rather than making a big announcement.

It's all part of how you deliver it. You make a big deal about it, they'll say she's very sensitive about this, we'd better not mention it, there must be something horrific here, I'd better not and they shy away from it. Where if you just say it's okay, it's just part of life, people get the flu, people get gastroenteritis or whatever. But just it's all about how you portray it and the more you do it, the easier it becomes and the more natural...How you deliver a message, is extremely instrumental on how people pick up on the message.

Tell the person not to worry

Think about what the other person might be feeling or anxious about and use that as part of reassuring them. You can help reassure the person by using phrases such as, its nothing to worry about, its not a big deal, just relax, I'll be fine and I will come out of it.

Tell about YOUR epilepsy

This may be the first time the person has met someone who has epilepsy, so it helps to give brief information about YOUR form of epilepsy. You may also come across people who are misinformed about epilepsy or what to do and this can be a good opportunity to correct this.

I would explain that I don't have a certain type of epilepsy, what my epilepsy is. Also because you do find people who don't know what epilepsy is. So then you have to make sure that they know what it is. Some people I'm sure are afraid to ask because they're like 'my goodness she might think I'm stupid' or else 'I don't want to pry' but I would always be in there filling them with knowledge.

If you are comfortable using humour when talking about your epilepsy, it can lighten the situation.

So just be open to the idea of giving a little bit of information as calmly or as coolly as you can, with a bit of sense of humour if you can do it that way. It always takes the sting out of things for people and then just carry on.

Watch the Video: How to Make it Ordinary