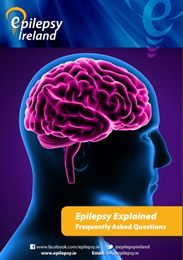 Epilepsy is a neurological disorder which affects the brain. It is a tendency to have repeated seizures. This tendency can be long term but the seizures can be controlled meaning that a person can have epilepsy but they may not have active seizures. Seizures can start in a part of the brain or happen in both sides of the brain at once. Nearly 40,000 people in Ireland have epilepsy as do 50 million people worldwide. For many people, their epilepsy affects them most while seizures are active. For others, the impact of having epilepsy may be longer term, if their seizures continue.

This section will give you an introduction to epilepsy. Below are some common questions about the condition.

In half of cases there is no known cause. The person has no illness, disease or damage to explain epilepsy. This is called Idiopathic epilepsy.

Some causes are inborn or developmental such as genetic abnormalities or structural problems in the brain like malformed veins or areas which have not developed normally. Genetic factors can be unique to the person or hereditary. Most people with epilepsy have no family history of it but some epilepsies are more common in some families. A low seizure threshold, which can reduce the brain's resistance to a seizure, may run in families. Some epilepsies are genetic but may not be inherited. A genetic change may be part of the person’s unique genetic makeup but may not affect their family members. Research into genetics and epilepsy is finding more and more genetic causes for epilepsy.

Can epilepsy be cured?

Typically we talk about control of seizures, which in most cases is achieved with medication. Surgery can be very successful and may cure epilepsy in some people. When someone is seizure free and off medication for many years their epilepsy can be considered resolved. However, resolved does not mean the same as cured and there is no guarantee that seizures would never return.

How is epilepsy treated?

The main treatment for epilepsy are Anti-Epileptic-Drugs or AEDs for short. The AED prescribed will depend on the seizure type. Sometimes more than one AED is needed. AEDs are all designed to stop too much electrical activity in the brain. The goal is to stop the seizures completely using one drug, or the fewest drugs with least side effects. This can sometimes take time to achieve. Seizure control is more likely when you are taking medication as prescribed and not changing it unless guided by your doctor or specialist nurse.

What is a seizure?

Epilepsy is the collective term for a large group of anatomical and functional disorders of the brain that are characterized by repeated seizures.

In simple terms a seizure happens when ordinary brain activity is suddenly disrupted. A seizure can be described as an internal electrical storm. It is the consequence of abnormal, excessive discharges of nerve cells. It is this sudden unexpected loss of control that accounts for many of the misconceptions and the prejudice associated with epilepsy. Seizures are the symptoms of the disorder.

What causes a seizure?

For many people a seizure just happens. However, certain triggers can make seizures more likely. Common triggers can include missed medication, too much alcohol, lack of sleep, stress, and illnesses or fevers. Everyone is different and what affects one person may have no effect on another. If you find that certain things trigger your seizures, it is wise to try to avoid whatever it may be. In this way, you may be able to control the number of seizures you have by changing your lifestyle.

What first aid is needed for seizures? 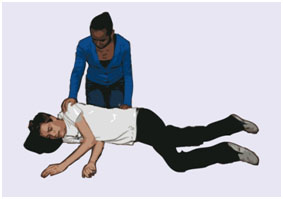 Turn the person on their side after the seizure stops. Stay with them until they recover and respond fully.

An ambulance should be called if;

For more on first aid, see the Seizure Aware section.

Will flashing lights, computers and TV affect me?

Only a small number of people with epilepsy (3-5%) are photosensitive and may have seizures due to flickering lights like strobes or flicker of sunlight through trees. This is diagnosed on an EEG. If you aren’t sure if this applies to you, ask your medical team.

What support can Epilepsy Ireland offer me?

Epilepsy Ireland offers a range of services such as information and support, the Living Well with Epilepsy Programme for those newly diagnosed and the STEPS self management programmes for adults and parents. Other services include the InnerWise meditation programme and Training For Success QQI Level 5 access course. In addition to individual and group support we run family fun days, outreach services, emergency medication training, professional education events, seminars and specialist nurse and transition nurse help-lines. See our Services section for more information.

To find out more about epilepsy please download our 'Epilepsy Explained' booklet here or below.