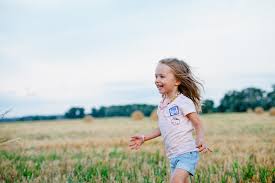 Rates of epilepsy among children and adults with autism may be higher than 30% compared with those who are neurotypical - for whom rates are 1%. It is difficult to know whether in individual instances there is a common basis for epilepsy and autism but it is accepted that children and adults who are not neurotypical or who have neurodevelopmental delay (NDD) may be at increased risk of developing seizures.

For most persons with autism and epilepsy no cause is identified for either condition. However, where there is an identified organic basis for seizures, such as brain injury, they can be symptomatic and more frequent and difficult to control. Seizures may also be strongly associated with perinatal and neonatal brain injury and inborn errors of metabolism. Genetic screening may be performed to identify disorders such as Fragile X which may underlie the neurological deficit in certain persons with autism and learning disability.

Distinguishing seizures from non-seizures can be very difficult in persons with autism especially where learning disability and communication difficulties are present also. Odd behaviours, stereotypy, aggressive behaviour, neurological deficits, self-directed injurious behaviour and diminished responsiveness may be present in a person with autism whether they have epilepsy or not. Seizures can often present in ways similar to these features or behaviours and this can lead to confusion in determining seizure related behaviour from non-seizures.

Difficulties may arise with an autistic person's ability to co-operate with tests and investigations such as EEGs, CT, and MRI's due to behaviour issues and levels of activity. Test results can seem confusing to parents and carers. Often people with epilepsy will have normal EEGs and CTs but still go on to be diagnosed as having epilepsy. Tests like EEGs often only pick up whatever is happening around the time the test is being performed.

Normal CTs and MRIs are good news, indicating no structural abnormalities in the brain but they don't explain the seizures. Conversely, abnormal EEGs can be found in clinically normal cases. It is possible for children and adults to have sub-clinical epileptic activity going on which can impair their overall functioning but not manifest overtly as a seizure episode.

One of the more complicated developmental implications of a child or adult with autism having epilepsy is that for some cases, but by no means all, developmental regression may be associated with onset of seizures. There is some evidence to suggest that the incidence of epilepsy may increase around puberty in persons with autism. The exact reason for this is unclear but hormonal changes have been suggested as a possible reason.

Most autistic persons, however, are not subject to seizures at puberty and can make marked improvements during adolescence. The having of epilepsy in itself does not make deterioration in overall performance inevitable. However, untreated seizures, in addition to being potentially dangerous, can lead to impaired levels of functioning.

Not all seizures are overt and noticeable, some may be subclinical and difficult to detect by observation. Possible signs of subclinical sezures can include regression both of behaviour and cognition; plateauing or levelling out in academic achievement; deterioration in behaviour especially aggression, temper tantrums and self injurious behaviours.

Treatment is essentially the same - all children and adults with autism will be treated with the same medication options as non-autistic children and adults. However, when anti-epileptic drugs (AEDs) are being prescribed, it is important to discuss with the treating doctor, potential side-effects and factors which can impact on cognition and behaviour. Some medications can have effects on concentration and attention which may be areas of concern in respect of autism in any case.

Others can impact on levels of alertness, memory and behaviour. Interaction effects with other prescribed or over the counter medications or supplements should be discussed thoroughly e.g. fish oils containing evening primrose oil; and certain cough preparations  can potentially lower seizure threshold.

Accurate observation through witness accounts and the keeping of a seizure observation diary can be most useful in identifying features and patterns that may not be apparent to the clinician otherwise. Similarly the use of video (with consent) is of particular benefit as the person may be unlikely to have an episode at the exact time they attend clinic. Some intensive teaching methods involve detailed observation and recording and this can provide excellent data for the clinician.

Children and adults with ASD may be more sensitive in general to certain sensory stimuli (e.g. loud sounds, glaring lights etc) which can cause emotional distress. For some people with epilepsy environmental triggers can trigger seizures, especially reflex epilepsies triggered by visual, auditory or less often tactile stimuli. Aside from reflex epilepsies internal and physiological triggers such as emotional state (stress, fear, excitement), level of sleep deprivation, illness (especially with fever), and hunger can play significant roles in triggering seizures. Changes in routine can pose triggers for seizures in adults and children with epilepsy (sleep/meals/daily schedule/timezones etc) as they are often "pattern sensitive". Similarly routine is of importance to many persons with autism.

It may be difficult to get a first hand account from the person with autism of their internal experience (how they are feeling prior to or after seizures) if  their communication skills are limited. Key people closest to the person will often learn to anticipate seizures on the basis of observed phenomena, signs such as pallor or flushing of the facial area, behaviour and mood changes, or individual subtle and gross alterations in state in the preceding hours or even days before a seizure. These states are called prodromes. Sometimes a child may just seem to be "out of sorts" prior to seizures and may show this in a variety of ways, such as by seeking out an adult or a preferred activity or seeming insecure or agitated in their usual environment.

In some types of epilepsy symptoms may manifest which can lead to diagnostic confusion between epilepsy and other conditions (e.g. Landau Kleffner Syndrome and Autistic Spectrum Disorder). In other diagnoses with features of neurological deficits (e.g. Fragile X) epilepsy may be a co-morbid condition. In such cases it is advisable to obtain a differential diagnosis from a consultant neurologist.