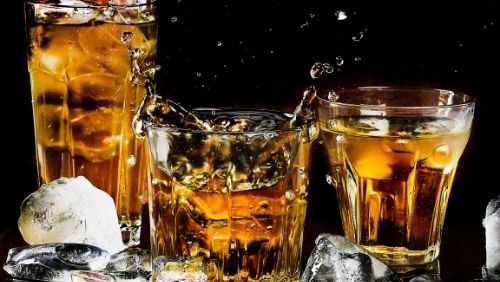 Drinking alcohol in moderation can be an enjoyable experience and going to the pub means contact with friends, and social life is important for everyone.

However, anyone who drinks alcohol should have a responsible attitude to it if they are to avoid the often-serious health and social problems, which can result from alcohol misuse.

A person with epilepsy may need to take more care than others if drinking alcohol. There are good reasons for this, which we have outlined below:

Medical opinion on whether a person with epilepsy should drink alcohol varies. Some doctors' recommend that it should be avoided at all times, while others say that a moderate amount will not affect seizures in most cases. Each person must decide what suits him or her best, in the light of their doctor's advice.

What is moderate drinking?

A useful guideline for those in good health is that moderate drinking means the consumption in any one-day of up to:

Excessive drinking over a long period may result in temporary or permanent brain damage, which in turn can increase the risk of many conditions, including epilepsy. One in five alcoholic men and one in ten alcoholic women over the age of 25 years experience epileptic seizures. In most cases the seizures result from the withdrawal of alcohol after an intense bout of drinking. Hospital tests usually show no sign of abnormal brain activity, which often remains, even though alcohol is no longer consumed.

In some cases of alcoholism, established epilepsy develops as a result of brain damage caused either by the direct effects of alcohol on the brain, or head injuries sustained while drunk. In such cases hospital tests will usually reveal abnormal brain activity, which often remains, even though alcohol is no longer consumed.

Some people experience epileptic seizures, which are unconnected with their alcoholism. These are people who would have developed epilepsy anyway, regardless of their other problems.

In a few others, alcoholism may develop after the onset of the epilepsy. This may be as a result of alcohol being used as an escape from difficulties experienced with personal relations, employment, etc

In our society, alcohol is often a symbol of sociability and hospitality. If the person with epilepsy is to have a full and rewarding social life, it is essential that a responsible attitude to its use be maintained.