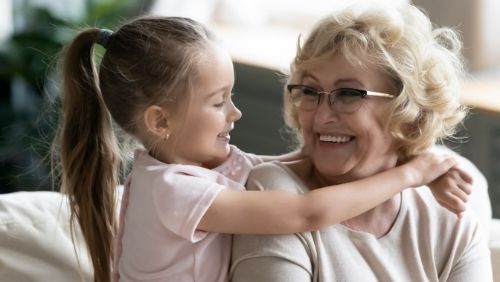 Menopause, otherwise referred to as ‘the change of life,’ affects every woman.  Before the menopause your periods may happen less often. Some of the symptoms of the menopause include hot flushes, night sweats, and trouble sleeping. Poor quality sleep can cause poor concentration and make you feel irritable. Most women reach the menopause around the age of 51. If you have frequent seizures with your epilepsy, you may have the menopause a few years earlier than this.

You may notice a change in your seizures pattern around the time of the menopause. It is often difficult to predict how seizures will change. Some women have more seizures, and some women have fewer seizures. Catamenial (cyclical) epilepsy is when seizures follow a pattern that is related to the cycle of your periods. Women with this type of epilepsy may have more seizures in the run up to and during their menopause. But after the menopause, they often have less.

HRT involves taking hormone supplements to control the hot flushes and night sweats of the menopause. Many women do not have severe menopausal symptoms, so do not choose to take HRT. HRT is helpful for women who find that the symptoms of the menopause are worsening their quality of life.
HRT comes in many different forms. Oestrogen alone is used in women who have had a hysterectomy (operation to remove their womb). In women who have not had a hysterectomy, a synthetic progestogen hormone or natural progesterone is added to protect the lining of the womb from overgrowing. Oestrogen sometimes increases seizures. Natural progesterone generally reduces seizures.

There are not many studies looking at HRT and epilepsy, and all of the studies have very small numbers of women. This means there is still not enough information about the risk of seizures when taking HRT. More research is needed. However, in general the advice is that women with epilepsy should be offered HRT in order to control their symptoms. This can be discussed further with your GP/epilepsy nurse specialist.

Women with epilepsy who take enzyme inducing medicine and sodium valproate (Epilim) on a long term basis should be investigated for osteopenia and osteoporosis on a regular basis by having a DEXA scan completed.