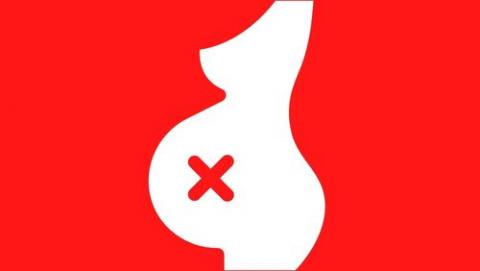 From December 9th 2019 - February 28th 2020, Epilepsy Ireland conducted a survey aimed at establishing awareness of the risks associated with the use of the drug sodium valproate (Epilim) in pregnancy and individuals’ experience of the various risk-reduction measures that have been put in place by authorities following campaigning on the issue by Epilepsy Ireland and OACS Ireland.

The full survey report is available to read or download at the end of this article. and a summary of the key points are outlined below. We have also issued a press statement on these findings which you can read in the 'News' section of our website.

Overall, we are deeply concerned about the issues this survey has identified. Despite a concentrated effort from the HSE, HPRA and charities in recent years, too many women taking this drug are still not aware of the risks of the drug in pregnancy which include a 10% risk that a child exposed to valproate will have congenital malformations and a 30-40% chance they will have neurodevelopmental disabilities.

Although showing an improvement from our last survey in 2016, communication from healthcare professionals is still not as widespread as it should be and information materials are not being fully utilised. We are unfortunately some way off informing and educating ALL women taking this drug about its risks. Particularly concerning is that only a quarter of respondents have heard of the Valproate Pregnancy Prevention Programme, despite it being a mandatory requirement for being prescribed valproate.

The concerns identified in our survey can only be addressed by co-ordinated planning and action from a range of stakeholders. These stakeholders include the HSE, HPRA, Pharmaceutical Society of Ireland, professional bodies and patient groups including Epilepsy Ireland and OACS Ireland. Alongside our colleagues in OACS Ireland, Epilepsy Ireland calls for the establishment of a stakeholder group to consider all available data on this issue and to develop, implement & monitor new actions to address the identified issues. Capacity within the HSE’s epilepsy service must be increased to enable the mandatory annual consultations and risk checklist completion. It is unacceptable that four out of six specialist nursing posts, approved in 2018 for this purpose still remain vacant today and these must be filled immediately in order to avoid families being impacted by valproate in the future.

Positives from the survey include the relatively high usage of educational materials by pharmacists; the increased dispensing of valproate in original packaging with its package leaflet; the proactivity displayed by epilepsy specialist nurses in discussing valproate risks with patients; the fact that people find the information materials informative where they are available; and that outcomes for women switched away from valproate seem to be favourable to date. These factors will provide a solid base for a stakeholder group to build from in ensuring that all patients are fully informed about valproate.

We would like to thank everyone who took part in this survey which has provided a valuable insight that continued work needs to be done on this serious matter. For more information on Sodium Valproate, visit the 'Valproate' section of our website.

If you have any concerns, please do not hesitate to reach out to your local Community Resource Officer (you can find their details in the 'Our Services' section of our website) or your medical team. If you think your family may have been impacted by exposure to sodium valproate in utero, please contact OACS Ireland. You can find their details by visiting the OACS Ireland website.

(Note: for full report, see pdf at the bottom of page)

Valproate dispensing from the pharmacist