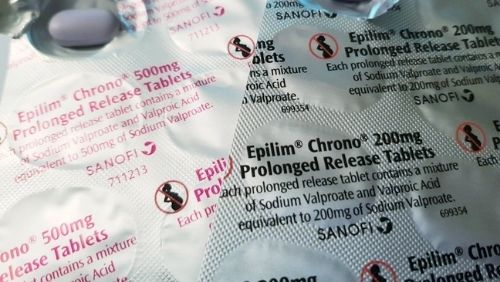 The Minister for Health, Deputy Stephen Donnelly announced in November 2020 that an inquiry would be held on the historical licensing and use of the epilepsy drug Sodium Valproate – also known as Epilim – in Ireland.

The inquiry is being established due to the effects that the drug can have on children who are exposed to the drug in the womb.

This page is designed for people who may be hearing about the impact of this drug in pregnancy for the first time. If you are in any way concerned, please get in touch with your local Epilepsy Ireland Community Resource Officer or OACS Ireland.

If you are a woman currently taking valproate (Epilim), please DO NOT stop taking the medication without discussing this with your healthcare professional first. Please DO contact your GP or specialist immediately to arrange an appointment.

What is Sodium Valproate (Epilim)?

Sodium Valproate - also known as Epilim -  is a commonly prescribed epilepsy drug and can be extremely effective in controlling a person’s seizures. Epilepsy is a highly individual condition and for some people, sodium valproate is the only drug available that can help a person gain control over their seizures. The drug is also used in the treatment of bipolar disorder and has also been prescribed 'off-label' for conditions like migraine and neuropathic pain relief.

What is the risk?

Why has the Minister announced an inquiry?

The drug was first licensed in Ireland in 1975. However, from the 1960’s onwards, evidence was emerging that the drug could have these devastating effects if prescribed in pregnancy. While the evidence accumulated over the subsequent years, it was not until 2014 and again in 2018 that state agencies such as the HPRA and HSE took real measures to minimise the potential impacts of the medication if taken in pregnancy. In the intervening decades, thousands of women were prescribed the drug during pregnancy, often without any knowledge of the risks it posed.

Why weren’t people told about the possible impacts of the drug?

This is why the Minister has announced an inquiry. The HSE estimate that 1,250 children in Ireland have been impacted by exposure to Sodium Valproate (Epilim) in the womb. Many of these families were not made aware of the risks of the drug if taken in pregnancy and as a result, they are caring for children with lifelong and severe disabilities. Families want to know answers as to why they were not told; and why the accumulating evidence was not acted upon much earlier. OACS Ireland have been campaigning for an inquiry on the simple questions of "Who knew what and when?". We hope that an inquiry will provide families with the answers they desperately deserve.

Is this only an issue in Ireland?

No. The United Kingdom Government held a review on this issue which published its findings in July 2020. The Cumberlege Review highlighted systematic failings by healthcare and regulatory authorities there and issued a number of recommendations including a state apology and redress. In France, the Government has established a compensation scheme for those affected and the manufacturers of the drug have been indicted for failing to adequately warn about the risks of the drug.

Why am I only finding out about this now?

You are not alone. Historically, many women were not aware of the impact this drug could have if taken during pregnancy. Even today there is unfortunately still a lack of awareness around the impacts the drug can have with 1 in 6 women who recently responded to an Epilepsy Ireland survey on the matter saying they were unaware of the risks of the drug. Epilepsy Ireland have been campaigning for the risk minimisation measures to be strengthened to ensure no women or family is impacted in the future.

What are the prevention measures that are currently in place to warn women about the dangers of the drug?

The risk reduction measures introduced in 2014 and strengthened in 2018 can be found on the 'Sodium Valproate' section of our website. Today, the drug is not to be used in female children or women of childbearing potential unless other treatments are ineffective. Treatment must also be initiated and supervised by a specialist. Where the drug must be used, the conditions of a Pregnancy Prevention Programme (called Prevent) must be met. All women must be fully informed of the risks; be using effective contraception, have an annual consultation with their specialist and sign an acknowledgement that they understand the risks of the drug. Other recent measures include changes to the package leaflet to include more detailed information on the risks and new on-box graphical warnings.

Are there many women currently on Sodium Valproate?

There are currently approximately 1,500 women and girls between 16-44 years of age on the drug in Ireland today.

Can a child be affected if a man was taking Sodium Valproate at the point of conception?

There is no evidence to suggest that this can be the case. A recent (2020) study found no increased risk of birth defects or developmental disorders associated with paternal use of AEDs.  You can read more about this study in the 'News' section of our website.

I’m a women who was on Sodium Valproate while I was pregnant. I think my child/ children might be impacted. What do I do?

Please make contact with our colleagues in OACS Ireland in the strictest confidence by emailing info.oacsireland@gmail.com . OACS are the network of families who have been impacted by this drug and have been campaigning on this matter with the support of Epilepsy Ireland. They will be able to talk to you in the strictest of confidence about your family, your experience and advise you on what you should do next.

When is the inquiry taking place?

These details are not yet known; nor is the format that the inquiry will take. We do know it will be happening as the Minister has officially announced his intention to establish one - the first time any Minister for Health has made this commitment to families affected by Valproate. As more details on this become available, Epilepsy Ireland and OACS Ireland will update our websites and social media channels.