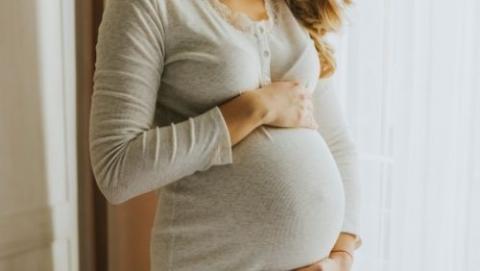 An in-depth feature in this week’s Sunday Times (UK) has highlighted the ongoing plight of families who have been impacted by Sodium Valproate (Epilim), their fight for redress to be provided by the British state and how even today, appropriate safety measures are not in place.

Sodium Valproate is a common epilepsy drug which if prescribed in pregnancy can have severe impacts on the foetus. In 30-40% of cases where a child has been exposed to Sodium Valproate in-utero, the child will experience a neurodevelopmental issue such as autism, ADHD or learning delays. In 10% of cases, a child will experience a congenital malformation such as cleft palette, limb malformations or spina bifida.

In the UK, it is estimated that up to 20,000 children could be impacted by Sodium Valproate. Following a two-year state inquiry there, it was recommended that a redress scheme should be established to support families who have been impacted, a recommendation that has yet to be implemented.

You can read this article in full by visiting the Sunday Times website or can learn more by watching the video below.

In Ireland, the HSE estimate that 1,250 children (many of whom are now adults) have been impacted by Sodium Valproate since 1975. Families want to know how this was allowed to happen despite the growing evidence over almost five decades of the drug’s teratogenicity, and why it took until 2014 and 2018 for meaningful risk reduction measures to be put in place. For this reason, Minister Stephen Donnelly announced in November 2020 that an inquiry into the historical licensing and prescribing of Sodium Valproate in Ireland would be established.

However, this has yet to happen. Over the past eight months Epilepsy Ireland and our colleagues in OACS Ireland have been in discussions with the Department of Health about the scope and terms of reference for the inquiry. We hope that following our most recent meeting in March, there will soon be an announcement with further details on the establishment of the inquiry.

Alongside the inquiry, it is vital that more is done to prevent further preventable valproate-related disabilities.  Recent UK registry data showed that since 2018, almost 250 women were prescribed valproate in a month in which they were pregnant.

Unfortunately, we do not have any comparable registry in Ireland. However, findings from a survey we conducted in 2020 showed that many women with epilepsy were still dangerously unaware of the potential impacts that Sodium Valproate could have on their child if taken during pregnancy. In addition, a recent study published by the RCSI also shows that awareness of the issue and of the mandatory ‘Prevent’ pregnancy prevention programme (PPP) are variable and that the number of women taking the drug is only slowly declining. While some very positive actions were taken by the HPRA and HSE in 2018 (including dispensing the drug in its original box with package insert – something that is still an issue in the UK), it has been clear for some time that more needs to be done.

Urgency is needed from the Department, not just in terms of establishing the inquiry, but also with two other key safety measures we have been highlighting – namely, the appointment of specialist nurses to enable greater compliance with the PPP and the establishment of a ‘stakeholder group’ to address how risks can be further reduced.

We have lobbied for these changes for four years, but despite recent positive signals from the Department, nothing has yet come to pass. Right now, it is impossible to say that there are no children being born in Ireland in 2022 with valproate-related disabilities.

Alongside OACS Ireland, we will continue to campaign on all these matters and provide further updates as they become available on our website and social media channels.

**Women and girls should not stop taking valproate without first discussing it with their doctor. For more information, visit the Valproate section of our website or call us at 01 4557500. OACS Ireland can be contacted via www.oacsireland.com.**