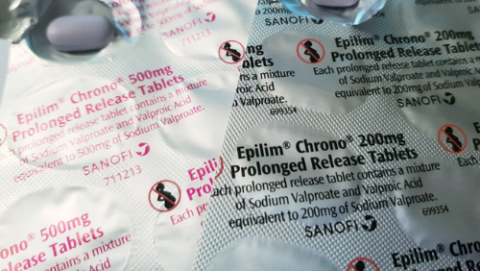 Alongside our colleagues in OACS Ireland, we have written to the Minister for Health regarding the lack of progress on the key issues which we have been campaigning on in relation to Sodium Valproate (Epilim).

In our correspondence to the Minister, we have identified three issues which must be urgently addressed and which require a renewed focus on by the Minister & his Department officials. These are as follows:

1) The need for the promised inquiry into the historical licensing and prescribing of Sodium Valproate to be established.

The Minister for Health announced in November 2020 that an inquiry would be established. While cognisant of all the challenges that have faced health services in the months thereafter, we have yet to receive any details on the proposed inquiry since responding to initial requests from the Department in January.. We have been extremely patient on this matter since then, but have been met with silence in recent months. Further delays are not acceptable. We must see details of the proposed inquiry so families affected by Valproate can get the answers they deserve.

2) The need for a stakeholder group to be established.

When a woman is prescribed Sodium Valproate, there are a number of risk minimisation measures which must be applied around the prescribing and dispensing of the drug. These ensure that all women are fully aware of the risks associated with the medication if taken in pregnancy. However, a survey we published in 2020 of women who were taking or had been taking Sodium Valproate found that many woman were dangerously unaware of these risks. Further, we found low awareness of the actual risk minimisation measures that are supposed to be used. For this reason, Epilepsy Ireland & OACS Ireland proposed that the Minister establish a Stakeholder group to review and strengthen existing risk management measures. The group would consist of medical professionals, patient representatives, HSE, HPRA, Pharmaceutical Society of Ireland and representative groups such as the ICGP and IPU. The Minister agreed to this proposal but since last November, there has been no further progress made. This group needs to be established as soon as possible to ensure that the risks of children being born with valproate-related disabilities are minimised or eliminated.

3) The need for services to be put in place for families caring for children & adults impacted by Sodium Valproate.

If a child is exposed to Sodium Valproate in utero, they have a 30-40% chance of having a neurodevelopmental delay and a 10% chance of having a congenital malformation. The needs of children impacted by exposure to the medication are complex, constantly evolving and varying. Therefore, in order to support families impacted by Valproate, a suite of services and supports was proposed by he HSE's Valproate Response Project in 2019. The vast majority of the services which were agreed have not been put in place. This has to change and families impacted by Sodium Valproate need this vital supports.

The correspondence we have sent to the Minister is available for download at the end of this article.

We look forward to the Minister’s reply and will to continue to campaign on this matter alongside our colleagues in OACS Ireland until these issues are resolved.

To read more about Sodium Valproate and why an inquiry was ordered by the Minister, visit the 'Advocacy' section of our website.

**Women and girls should not stop taking valproate without first discussing it with their doctor. More information can be found in the 'Valproate' section of our website  or by calling Epilepsy Ireland at 01 4557500. OACS Ireland can be contacted via www.oacsireland.com.**