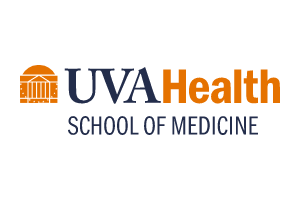 A new study from the United States has provided vital new insights into Sudden Unexpected Death in Epilepsy (SUDEP).

The study was conducted by researchers from the University of Virginia School of Medicine and was recently featured in leading medical journal Epilepsia.

SUDEP is a rare but devastating aspect of epilepsy. It is estimated that between 21-40 people die from SUDEP each year in Ireland. The nature of SUDEP is something that researchers have been trying to understand for many years and much of the research have looked at links to heart rythym and other cardiac functions.

Seizures are known to affect heart rhythms. Typically, a person's heart rate increases during a seizure and the rate of this increase has previously been linked to an increased risk of SUDEP. In a minority of cases, the heart rate can slow down during or after a seizure.

The researchers monitored the brain and heart activity of people with epilepsy as they slept in an Epilepsy Monitoring Unit. In total, 101 sleep seizures in 41 patients were evaluated. The team monitored how deeply the patients were sleeping when their seizures occurred. They noted that some seizures caused heart rates to increase. They also found that the greater sleep depth prior to a seizure, the slower the patient's heart rate was likely to become.

The results suggest that seizures during sleep are more likely to lead to a dangerously slow heart rate. The effect of the seizure is secondary to the natural slowing of the heart rate during sleep, but the two combined provide an environment where SUDEP is more likely. They state that bradycardia (slower than normal heart rate) may be a marker for those at increased risk of more severe cardiac deterioration after seizures.

In order to prevent SUDEP, the mechanism behind why it happens needs to be better understood. While this research provides a vital clue, the study's authours have themselves acknowledged that further research is required to determine how the heart's and lung's control systems fail during sleep-related seizures.

We will continue to monitor emerging research on this most important matter and would like to remind readers that this is a rare aspect of epilepsy - the better your seizures are controlled, the lesser the risk of SUDEP. If you have any concerns or would like to discuss this further, please reach out to your local Community Resource Officer.

We hope that that a study we have invested €25k will also provide further insights into SUDEP in Ireland - you can read more on that HERE and we look forward to sharing details with you when the study is complete.