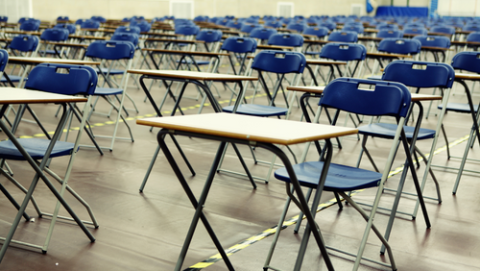 We are disappointed to inform our members and supporters that a long-scheduled meeting with the Minister for Education was cancelled at short notice recently. The meeting was set to discuss the issues surrounding the eligibility criteria for the deferred sitting of the Leaving Certificate.

This year, for the first time, a deferred sitting of the Leaving Cert was introduced for students who might experience medical emergencies before their exam which prevented them from sitting it. However, there was a key caveat in the eligibility criteria that was announced – with distinction made between medical emergencies that happened before the exams, and those that happened during the exams.

While we welcomed the introduction of the deferred exams – as it is something we long campaigned for – we totally disagreed with the distinction between medical emergencies before and during sittings of the exams.

When the exams took place this year, there were two direct examples of medical emergencies taking place during the exams and the eligibility criteria being applied differently – most notably, a student with epilepsy who experienced a seizure during her exam was told she was not eligible for the deferred sitting; while another student who experienced appendicitis during the exam was eventually given access to the deferred sitting.

In the immediate aftermath of the exams, we and our colleagues in the Irish Epilepsy League highlighted this issue – and other issues with the criteria and how the application process was flawed - which led to the meeting with the Minister being scheduled.

We felt this was a positive signal, with the Minister getting involved to take direct action on having this issue addressed. Therefore, the cancellation of the meeting on short notice was extremely disappointing.

However, in a more recent positive development, we and our colleagues in the Irish Epilepsy League have been invited to meet with the State Exams Commission in the New Year – which we have accepted. We will be discussing all the issues which presented and seeking that the issues identified are addressed for students with epilepsy sitting the Leaving Cert in 2023.

It is of paramount important that the issues identified are addressed - and crucially, that they are communicated to students and schools well in advance of the Leaving Cert sitting of 2023. This is what we will be seeking, and we will be communicating this to the State Exams Commission as part of our meeting in the New Year.

We have also contacted the Oireachtas Committee on Education once again, outlining the issues which happened this year and seeking that the Committee use their influence to support our calls and to ensure that action is taken on this most important matter.

You can learn more about all the above by visiting the ‘Advocacy’ section of our website – where you will also find a template letter which can be adapted and sent to your local TD or Senator, if you would like to echo our calls with your local representative.

While disappointed at the cancellation of our meeting with the Minister, we look forward to meeting with the State Exams Commission in the New Year. We hope that 2023 will be the end of this longstanding issue once and for all.

We will continue to provide updates on this issue via our website and social media channels.