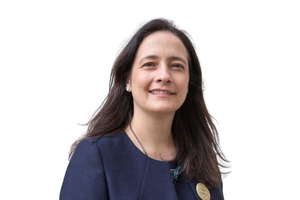 Over the past year, Epilepsy Ireland has been closely following developments on the progression of the proposed Online Safety & Media Regulation Bill.

The Bill aims to protect people online by providing a series of definitions around what would be harmful online content and to make the sharing of such content illegal under Irish law.

In recent years, there have been several incidents in other countries of people with photosensitive epilepsy being deliberately targeted online with flashing images or videos intended to provoke a seizure in that person.

Although we are not aware of any such attacks in Ireland, Epilepsy Ireland viewed the new legislation as an opportunity to ensure that such attacks, if they were to happen, would be appropriately dealt with under the law. In May of last year, we presented to the Oireachtas Committee on Media as part of their pre-legislative scrutiny of the Bill. We highlighted the need for a specific definition within the proposed legislation that would cover this type of attack. As part of our presentation we acknowledged that it was unclear whether such an attack would already be an offence under existing criminal law.

Following the publication of the Committee’s report on their pre-legislative scrutiny, we were disappointed to see that while our concerns were highlighted, there was no specific recommendation made to amend the Bill. For this reason, we raised the matter directly with Minister Catherine Martin – the Minister responsible for the introduction of this legislation.

We have now received a reply from Minister Martin in response to our concerns. We are pleased to report that the Minister has consulted with the Attorney General on the issue and provided clarity around how these types of attacks would be viewed in Irish law.

The Ministers response states that:

“..following consultation with the Office of the Attorney General, who have now almost completed detailed legal drafting of the Bill, it was agreed that deliberate attacks on those with photosensitive epilepsy, such as those you have described, would be considered assault under section 2 of the Non-Fatal Offences Against the Person Act, 1997. Therefore, such attacks would already be considered harmful online content under the category of material relating to criminal offences.”

It is very welcome that we now have clarity that flashing-image attacks are viewed by the State as criminal offences under existing law, and we are satisfied that should anyone commit these heinous deliberate attacks, existing legislation is in place to prosecute them.

We hope that this knowledge will be of comfort to those with photosensitive epilepsy and their families.

Our correspondence and the Minister's subsequent reply is available for download below, should you wish to read same.