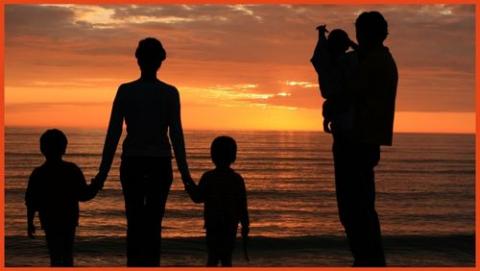 SUDEP is the term used when a person with epilepsy dies without warning and where the post-mortem fails to establish any other cause of death. It is a rare but devastating aspect of epilepsy, and an estimated 21-40 people die due to SUDEP in Ireland every year.

The exact mechanisms behind SUDEP are unknown but it is believed that respiratory abnormalities and/or cardiac arrhythmias play a central role. The risk of SUDEP is associated with several individual factors, such as the severity of seizures, the type of seizures and whether or not they are controlled by medication.

Epilepsy Ireland are leading the awareness raising efforts for SUDEP Action Day 2022 - aiming to raise awareness of SUDEP and to encourage people living with epilepsy to be aware of the known risks and what can be done to reduce them.

Epilepsy Ireland CEO, Peter Murphy commented, “It is incredibly important that people with epilepsy are aware of SUDEP and how some of the risks can be managed. I would encourage everyone with epilepsy and their family members to please take some time to visit www.epilepsy.ie and find out more this SUDEP Action Day.”

“The day is also important in remembering those who have sadly passed away from SUDEP and other epilepsy-related causes. Epilepsy is a serious condition, and it is estimated that there can be up to 130 epilepsy-related deaths in Ireland each year.”

“One death is one too many, and it is time that reducing epilepsy-related deaths becomes a public health priority. We know that at least some deaths are preventable.

“This is a key strategic aim for our organisation over the next 5 years, but it can only be done in partnership with the State, the medical community and everyone involved in epilepsy care, as well as those living with the condition.

“An Epilepsy Ireland funded study is currently determining the incidence of SUDEP and other epilepsy-related deaths in Ireland. Next year, this will for the first time give us accurate data on the scale of the problem and hopefully become a catalyst for long overdue collaborative action.

“Similar strategies have worked well in improving road safety and reducing smoking & alcohol abuse. Much of the action that has taken place to date in reducing epilepsy-related deaths has been led by Epilepsy Ireland and results from the fundraising efforts of families who have been bereaved. This has included the establishment of the Epilepsy Deaths Register for Ireland and research into wearable devices.

“Earlier this year the Cycle for Shane raised a huge amount of funds in memory of the late Shane Corrigan. These funds will be used to launch a new Safety Checklist and phone app to aid doctor-patient discussions on epilepsy risks and provide people with epilepsy with the tools to effectively manage their risk.

“However, the time has come for state bodies to take the lead and to adopt a co-ordinated strategy on reducing epilepsy deaths.”

“In the meantime, if you or a loved one is living with epilepsy, please take the time to learn more about SUDEP, risk factors and how they can be managed. Talk to your medical team and visit www.epilepsy.ie.”

If you have been bereaved by epilepsy and would like support, Epilepsy Ireland work together with UK based charity SUDEP Action who operate a dedicated counselling service. This service can be contacted by calling 01235 772852