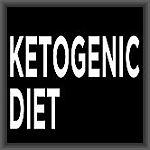 A new study conducted by Maastricht University indicates that the ketogenic diet may help behavioural and mental processes in young people with refractory epilepsy.

The ketogenic diet is a high-fat, adequate-protein, low-carbohydrate diet that is used primarily to treat difficult-to-control (refractory) epilepsy in children and adolescents because it has been shown to help control seizures in this age group. This new study indicates that this diet could also promote better behavioural and cognitive outcomes for young people with refractory epilepsy.

A total of 50 patients in an epilepsy centre took part in this study, 28 patients received the ketogenic diet and 22 patients received care as usual (CAU). Follow-up assessments on mental processes and behaviour were conducted approximately 4 months after the study began, with a mixture of parent report questionnaires and individually managed psychological tests for the children. Those on the ketogenic diet showed lower levels of anxiety and mood-disturbed behaviour, and were rated as more productive than the CAU group. Cognitive test results also indicated that the ketogenic diet was connected with improvements in neural activation.

This study is published in the medical journal Epilepsy & Behavior,