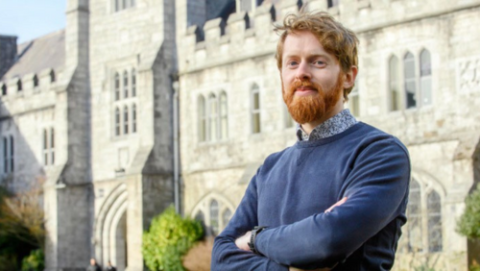 A new Irish study has identified a brain activity pattern in epilepsy which could lead to technology to predict seizures in future.

The study was a transatlantic collaboration – involving researchers at both University College Cork and Yale University.

The study focussed on absence seizures. During a seizure, it is well established that the normal brain activity is disrupted by the misfiring of neurons. This abnormal activity is known as spike wave discharges.

Absence seizures are usually accompanied by impaired consciousness and while it is known that the seizures are caused by abnormal brain activity, there is a knowledge gap as to why this can happen in a person’s brain.

As part of their research, researchers replicated human absence seizure presentation in a rodent model and continually monitored brain activity in these models. Researchers found that during spike wave discharges, neuron activity in two parts of the brain were decreased – namely the cortex and thalamus.

Neurons are information messengers in our brain. They use electrical impulses and chemical signals to transmit information between different areas of the brain, and between the brain and the rest of the nervous system. Therefore, when they are disrupted as part of seizure activity, this leads to the loss of consciousness.

In total, the research went on to identify four distinct patterns of specific neuron activity which led to seizures. These are significant findings as previously, it had been believed that that all neurons in the brain had similar activity patterns during a seizure.

According to Dr. Cian McCafferty, study lead and Lecturer in the Department of Anatomy and Neuroscience UCC, the patterns identified in the study could lead to technology to predict seizures in the future. Dr. McCafferty commented:

We wanted to find out why people lose consciousness when they have epileptic seizures. Absence seizures, also called petit mal, are seizures defined by a loss of consciousness, so they are the optimal way to research this. Our study found that some neurons might be more important than others in making a seizure happen. We also found that gradual changes in electrical activity in the brain start up to minute before a seizure. For people with epilepsy, not knowing when their next seizure will occur is cited as one of the most difficult parts of living with the disease. We hope that our research will be a significant step towards the development of an early warning system so we can ensure people’s safety or even avert the seizure before it happens.

The study was recently published in the leading medical journal, Nature Communications.

While further research will be required to build on this discovery, we would like to congratulate the researchers at UCC involved in this study – once again, showing the world-leading epilepsy research which is taking place right here in Ireland. We look forward to learning more about future studies on the back of this discovery.

As always, we will continue to monitor and report on emerging epilepsy research and provide updates on our website and social media channels. To learn more about Epilepsy Ireland’s own research activities, visit the ‘Research’ section of our website