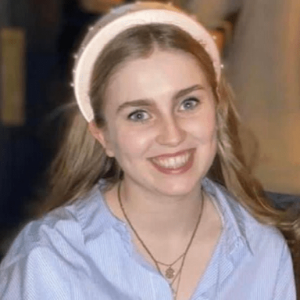 In advance of their annual conference which is taking place today, the Irish Epilepsy League ran a competition for health science students to write a creative essay in prose/ poetry about epilepsy. The competition was open-ended and could be based on an experience in real-life; an experience through their training; or fictional stories from the patient's  perspective.

Epilepsy Ireland were invited to be a judge in the competition and we have to say that we were absolutely blown away by the standard of entries. People we engage with occasionally make the point that their epilepsy can be misunderstood by those within the medical community or other members of the public. However, the future is certainly looking bright when it comes to the next generation of medical professionals.

With over 20 entries received from students across the country, picking a winner was extremely difficult but the judges unanimously agreed on the entry below written by Molly Parmeter.

Molly is 20 years old and is a first year medical student in the National University of Ireland, Galway. She has a passion for words, stories and people - and she told us that this inspired her to study medicine; a career where she feels you have the honour of hearing and being a part of other peoples’ stories. Molly's winning piece focussed on dating and epilepsy and you can read it in full below.

A huge well done to Molly and to everyone who submitted an essay to the Irish Epilepsy League.

What I want is to freeze time. Snapshot a moment. When we were on a cliff, that wasn’t a cliff, but felt like one because of the thick fog that meant that we couldn’t see the water below. I said it felt like the edge of the world and you laughed and said that Clare was only over there, that way, and that we’d see it if it weren’t for the fog. And I said that I could understand though, why people might have thought the earth was flat, why you might be afraid that you would sail over the edge. You laughed because you thought I was funny and not because you thought I was stupid.

In that moment I forgot that we had met on an app, that you had swiped right at 1:06 in the morning. Your profile had been simple, and all I could deduce from it was that you owned a white linen shirt and that you were twenty-five. You had probably cropped the photo but there was no filter, no stupid chat-up line and I was glad that it didn’t seem curated like the others. I couldn’t say much though, on the topic of people projecting curated versions of themselves out into the world, seeing as it was something I did every day. Like how, if we got married, I’d say that we met on a cliff. ‘How romantic!’, my old aunties would say, and I would know that they meant it and that they were jealous. Yes, on the edge of the world I would say back – they wouldn’t understand that, and a part of me wouldn’t either. But it sounded poetic and romantic, and special and normal.

This wasn’t our first date, a week ago we had met in Carlucci’s, ‘my-favourite-small-Italian-place’, because that was something that normal twentysomething, single women, who shouldn’t be single said. You were late and I almost wrote you off. I needed someone who would be seated in the velvet booth across from me, on the dot, and not five past the hour. I knew that five minutes was nothing, I was good at thinking like normal people. Perhaps the 404 bus was late, or you were straightening your hair and jacket around the corner, or maybe that five minutes was to allow me to order myself a drink or blot my lipstick. Five minutes to you was nothing, an excusable lapse or a courtesy, and to me a potential undoing. You looked the same as you had in your profile picture, which made me think you could be trusted. You kissed me on both cheeks, and I wondered why I had been worried. Neither of us said that the other looked great or stupid things like ‘fancy-seeing-you-here’. We didn’t dawdle over our drinks order as if it was our personalities that were being distilled and not the alcohol, as if proclaiming “I’ll have a gin and slimline tonic” revealed the essence of who we really were. I ordered a club orange, and you didn’t seem to notice or care.

You told me you were a primary school teacher and had two brothers. I thought that some sort of contradiction but didn’t say anything as I had no reasoning to back myself up and guessed the idea had come from some internalised place of reversed misogyny. A part of me was also secretly thrilled, primary school teachers were sympathetic and didn’t have an ego, they worked with pipe cleaners, not power tools. My friends were able to fantasise about tall, dark and handsome, and all along I had thought that my type was confined to people who would get ‘it’, nurses or people with epileptic relatives. Perhaps with you though, there would be no compromise, perhaps with you my priorities could be skewed like everyone else. For once, maybe, I wouldn’t have to be a pragmatist, maybe I could just be a girl.

You asked me then about myself and before I could tell you that I was an accountant, or had a dog called Lucy or that I liked painting, it came out. “I have epilepsy”. Never in ten years have those words sounded so even and flat and unloaded. You didn’t make a joke about strobe lighting or ‘taking a turn’, you didn’t change the subject or look at your menu. You didn’t do what everyone else had done before.

“What’s that like for you?”, you asked in a way that suggested you want to know the answer.

I told you everything then; how I was fifteen when it first happened, about the consultant who broke the news in a posh clinic in Dublin that my parents had paid for, as if thinking throwing money at it would make it go away or at best, make it easier, the countless second opinions which were all the same. I told you that I didn’t really remember how I felt about it back then and that I probably felt nothing because I didn’t know what it would all mean.  Now, I know no different but sometimes I do wonder what it would be like for your life to not permanently hang in the balance of ‘ifs’ and ‘maybes’, not to feel as if you’re permanently waiting in a waiting room where your name could me called at any minute.

Throughout all of it you nodded, and it crossed my mind that there is no better feeling in the world of wanting to say something and finding someone else who wants to listen. The rest of date seemed to flow effortlessly. I talked about the girls at work, and you recounted funny anecdotes about the senior infants. You described your mother as a ‘gas woman’, which made me believe that you actually liked her and that you weren’t just pretending.

You went to pay, and I made a big deal about splitting. In the end I won because I quoted an article I had read about dating in the 21st century and equal footing in relationships. I didn’t mention the paper or the journalist, and I was glad that for some reason I didn’t need to prove to you that I was clever.

You had organised this walk by the sea and when the fog got too thick, we sat, looking out in the direction of the water, on a spare jacket you had in your bag. We ate diced mango from Tesco with a miniature plastic fork, that we passed back and forth between us. And then I thought I felt it, like the snapping of sugar strands that were already fine and barely there. I could still see the stitching on your denim jacket and the plastic miniature fork and perhaps, someone walking a dog in the distance. I didn’t know if the fog was descending thicker or lifting. Forever, within me, that sense of an ending. But with you it is as if there is no story, no beginning, middle or end. Nothing to anticipate, just a moment on a cliff – that nobody knows about, that nobody can touch, not even this sense of an ending or undoing. Because for the first time, since a white, clean room, where a man wearing corduroy trousers told me, and my mother cried, I feel safe. In this moment, this beautiful, perfect moment, I could fall off a cliff or the edge of the world because this isn’t a cliff, and Clare is only over there, that way, and I have found someone who will catch me.