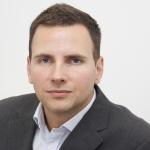 The research, published in the Journal of Neuroscience could represent a hugely significant breakthrough in epilepsy treatment as none of the existing epilepsy medications offer "disease modifying" effects. Currently, with all anti-epilepsy drugs, if a patient stops taking the drug their seizures will return.

It is widely accepted that any future drugs for epilepsy must be disease-modifying in order to significantly improve on the range of medications that are currently available, but to date, no candidate drugs have managed to meet this long-standing objective.

Working with colleagues at Beaumont hospital, and with research teams in Madrid and San Diego, the researchers studied a drug that was developed to treat brain inflammation. They found that the drug not only reduces epileptic seizures in models but that seizures continue to be fewer even after the course of treatment finishes.

Prof Henshall explains: "Our research focused on a protein present on the surface of certain non-excitable brain cells called microglia that function as the 'immune cells' of the brain, reacting to tissue injury and coordinating inflammatory and repair responses. We found that levels of this receptor were increased in the brains of patients with temporal lobe epilepsy, one of the most common and drug-resistant forms of epilepsy. In a model of human temporal lobe epilepsy were showed that injecting a drug that blocked the receptor produced a reduction in epileptic seizures. Critically, numbers of epileptic seizures did not return to baseline when we stopped giving the drug. This suggests a disease-modifying effect that has not previously been found in epilepsy. We found a potential explanation for this effect in that numbers of activated microglia were reduced after the drug treatment".

Notably, the study was selected for editorial comment in the Journal of Neuroscience in a feature that highlights the potential significance of this study. Pointing out that current AEDs are ineffective for 30% of people with epilepsy and the unwanted side effects often caused, the editorial concludes that "the fact that the effects of P2X7 receptor antagonists persisted after treatment ceased suggests that P2X7 receptor antagonists reduce the pathology underlying seizure susceptibility, possibly making life-long treatment unnecessary".