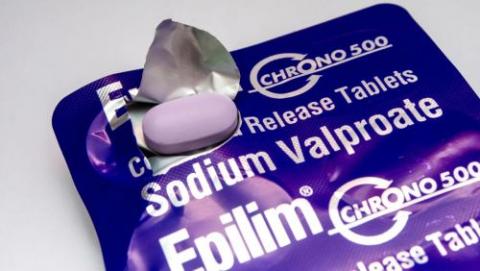 As part of its Valproate Response Project established in 2018, the HSE has prepared a Rapid Assessment report of the number of women and children exposed to sodium valproate (Epilim) in Ireland over the past 40 years.

Valproate can cause birth defects and problems with the development and learning of the child if their mother takes the medicine during pregnancy. Children exposed to valproate in the womb are at a high risk of serious developmental disorders (in up to 30-40% of cases) and congenital malformations (in approximately 10% of cases). The HSE’s Valproate Response Project was set up to ensure the safe prescribing of Epilim in women, prevent current and future harm and develop a pathway of care for diagnosis and treatment of children who have been affected by past exposure to Valproate.

The new Rapid Assessment Report aims to provide an estimate of the likely prevalence of specific major congenital abnormalities and neuro-developmental disorders associated with the drug (known as FVS – Foetal Valproate Syndrome). Until now, there has been no Irish data on this but estimates are vital in planning the services and supports that affected families require. Some of the report’s estimates include:

However, the HSE analysis is subject to a large range of assumptions and limitations and the report must be interpreted with these in mind. These include:

Because of these significant limitations, the report concludes that the estimates should only be viewed as “a broad guide for those tasked with planning diagnostic and management services for people affected by this issue”. It continues “the true impact of valproate on women and children will only become apparent as data is collected prospectively…”.

While the estimates should be considered in light of these limitations, they are nonetheless very significant in that they greatly exceed both the number of confirmed FVS diagnoses made by the Department of Clinical Genetics at Crumlin Hospital (less than 50) and the 400 cases estimated by the FACS Forum in 2017.

Despite a wide range of actions taken in recent years to raise awareness of this issue including direct communications from HSE to women on valproate last year, only a small percentage of those affected have yet been diagnosed with FVS.  Epilepsy Ireland and OACS Ireland continue to work closely with HSE on delivering a comprehensive response to this issue, including expanding diagnostic FVS services, putting in place a package of community supports and implementing a new Women’s Health in Epilepsy programme.   A full report on all of these activities will be presented at the National Conference on the Consequences of Sodium Valproate (see below).

The full HSE Rapid Assessment report can be downloaded below.

The Organisation for Anti-Convulsant (OACS) Ireland supports and represents families with Foetal Valproate Syndrome. If you or your child has been affected by valproate exposure or if you would like to know more, please contact oacsireland@gmail.com; Twitter - @oacsireland.