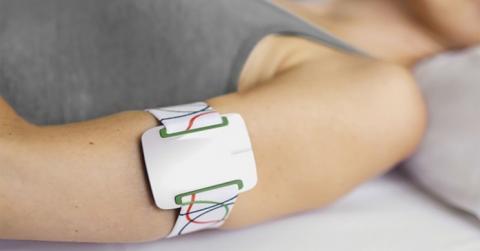 A group of scientists based in the Netherlands have developed a new watch like bracelet that will possibly be saving lives in the future.

This new bracelet, called the Nightwatch was first unveiled in the Neurology journal. It is reported that it has the capability to detect 85% of seizures at night. This is a much higher detection rate than other similar technology.

The Nightwatch has the potential to help people with epilepsy by “combining heart rate and movement resulted in reliable detection of a broad range of nocturnal seizures.”

"It is well accepted, is easy to use, and provides accurate measurements over time," the research states. "The device can also be used to monitor epilepsy treatment."

Previous devices of a similar nature have focused on detecting evening seizures by placing a sensor in a person’s bed. This sensor reacts to vibrations which are caused by the movements associated with seizures.

28 patients were tested by the developers of the Nightwatch. Each patient wore the bracelet for roughly 65 evenings. The device is strapped to the upper arm and it “measures the heart and movement of the sleeping person, directly from the body.”

The device isn’t 100% effective and did miss a seizure once every 25 evenings. This however is much more effective than the alternative bed sensor which misses 25% of seizures.

Nightwatch’s main goal is to reduce the risk of SUDEP to patients. SUDEP is a huge risk to people with epilepsy and some research has indicated that up to 30% have severe forms of epilepsy which they cannot medicate against.