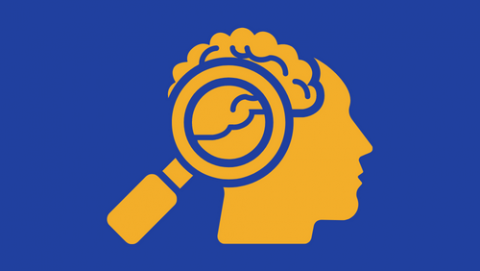 We are delighted to announce that  two Epilepsy Ireland research projects will be funded under the HRB-HRCI Joint Funding Scheme. The scheme enables charities like Epilepsy Ireland to team up with the Health Research Board to jointly co-fund top quality medical research using a combination of state and fundraised monies.

The awards are the end result of our 8th Research call which was issued in late 2021, and come after a detailed and competitive review process.

Both projects are cutting edge epilepsy research and fit one of the key themes of research identified by Epilepsy Ireland members and service-users - namely the 'Genetic and molecular mechanisms of epilepsy.'

The two projects that will be funded are as follows:

Commenting on the funding of his study, Prof Delanty said:

The mechanisms involved in autoimmune epilepsy are poorly understood and better treatments are needed. Identifying biomarkers that predict responses to treatment would be a major step in improving the care of individuals affected. This study could also lead to greater knowledge and use of early precision therapies in future. It offers significant potential not just for patients in Ireland, but around the world.

This project will see a €149,924 investment over three years. 50% of this funding will be made available through the HRB -HRCI Joint funding scheme, while the other 50% will be funded by Epilepsy Ireland.  You can read more about this research by visiting the 'Research' section of our website.

Commenting on the funding of his study, Prof. Brennan said:

The research asks a very relevant question and could potentially address a huge unmet need for people with refractory epilepsy, for whom existing treatments have been unsuccessful and for whom the burden of epilepsy is significant. It focuses on a novel molecular approach which has not been extensively studied to date. The furtherance of work such as this is key to identifying and understanding new therapeutics to treat (or even reverse) the underlying causes of seizures rather than the seizures themselves

This project will see a €91,286 investment over three years. 50% of this funding will be made available through the HRB -HRCI Joint funding scheme, while the other 50% will be funded by Epilepsy Ireland.  You can read more about this research by visiting the 'Research' section of our website.

Our CEO, Peter Murphy, commented on the latest investment in these studies.

With these investments, a total of 10 Epilepsy Ireland funded projects have now been supported under the HRB-HRCI Joint funding scheme. During the 2010s, the charity invested over €1 million in Irish epilepsy research and the approval of funding for these projects, alongside ongoing commitments means we are now well on our way to investing our second €1 million in the 2020s.

Both new projects focus on identifying biomarkers that could be targeted to improve the understanding and treatment of epilepsy. Both address huge unmet needs and questions which are currently not well understood, and crucially, both are closely aligned with one of the key research themes identified by EI service users in 2021 – genetic and molecular mechanisms in epilepsy.

I would like to thank all our members, volunteers, and donors for their continued support for Epilepsy Ireland – particularly the subscribers to our Time for A Break draw. Without your support, investment in these projects would not be possible.

Both projects are set to get underway in November of this year and we look forward to following their progress. We are delighted to be in a position to fund these projects, something that would not have been possible without the continued support of our members, volunteers and supporters. Once again, thank you.

In total, 15 awards of funding were made this year and we are delighted that two of our selected projects have been chosen for funding in what is an extremely competitive process. You can read more about all the projects which have been funded by visiting the Health Research Board website.