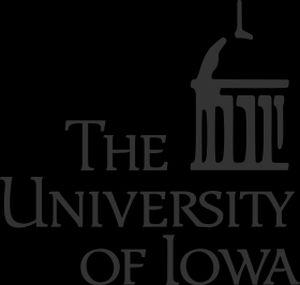 A new study carried out by a University of Iowa research team  has used a multidisciplinary strategy that uses a combination of bioinformatics and gene expression profiling to determine a list of close to 90 drugs that are FDA approved and may also be effective as anti-seizure treatment.

Drug repositioning is the act of taking an established drug and analysing its ability to treat other conditions. It is highly attractive and it is a much faster testing process as the drug has already went through the regulation process.

The team was led by Alexander Bassuk, MD, PhD, professor of paediatrics and neurology with UI Health Care.

Vicky Whittemore, PhD and program director at the National Institute of Neurological Disorders and Stroke (NINDS) the studies funders, said; "Taking a new look at medicines that are already approved for clinical use may help identify treatments that could reduce seizures and improve the quality of life for people with epilepsy who have been unable to find effective therapies,"

The research collective tested the drugs from the list and found three of the 90 drugs had significant seizure reduction effects in fish. These drugs included a diabetes drug, a hypertension medication, and an antiparasitic therapy.

Bassuk, the principal investigator on the team and division director of paediatric neurology and a member of the Iowa Neuroscience Institute (INI) said; "The long timeline and high cost of drug development is a particularly acute issue for a life-altering disease like epilepsy where up to one-third of patients are not completely helped by the medications we currently have,". He went on to say; "The question here was could we use novel techniques to identify potential new treatments more quickly than via traditional drug discovery and development routes."

The tissue was collected from 6 patients by University of Iowa neurosurgeons. These patients were undergoing surgery to remove specific brain regions that were causing seizures; this is a typical treatment option for patients that cannot control their epilepsy using medication.

These 6 patients agreed to their tissue being used as part of the study. During the surgery, the neurosurgeons position electrodes around the patient’s brain so they can determine which parts of the brain are causing the seizures and need to be removed.

Jacob Michaelson, PhD and Leo Brueggeman, researchers of computational psychiatry, analysed gene expressions for over 25,000 genes in the brain tissue and found surprisingly different expression pattern in the seizing tissue in comparison to the non-seizing tissue.

Michaelson and Brueggeman then compared these expression signatures to a database called the connectivity map. This database contains gene expression patterns produced by the action of drugs on cells.

This comparison found there were 184 compounds that produced patterns that were almost the reverse of the seizure patterns – which means they may have some therapeutic value.

91 of 184 identified compounds are already FDA-approved for human use. Whilst this approval has not been granted for seizure treatment, it makes the testing process easier.

"That's pretty exciting because those are drugs that don't necessarily have to go through all the initial stages of safety testing because they are already approved for use in humans," Bassuk says.

The research group also observed compounds which they believed would causes seizures as they caused a gene expression signature that was akin to the expression seen in seizing brain tissue.

The team used various advanced network analysis practices, which resulted in them illustrating that previous literature actually supports some of their predictions. The analysis also allowed the scientists to group the expression profiles into three distinct clusters. These clusters highlighted alterations in myelination, protein degradation, and cell migration as cellular processes likely to underlie epilepsy.

The team also recruited Robert Cornell, PhD, UI professor of anatomy and cell biology, and UI graduate student Morgan Sturgeon. Both Cornell and Sturgeon are experts in zebrafish models of disease. The team tested the anti-seizure effect of four of the more promising compounds in a zebrafish model of seizures. Three of the drugs showed significant anti-seizure properties in the fish: metformin, a commonly used diabetes medication; nifedipine, a blood pressure drug; and pyrantel tartrate, an antiparasitic therapy. These drugs all are FDA-approved, but none are specifically approved for seizures or epilepsy.

"This study took a very exciting tour from living human brain tissue, to gene expression, to advanced informatics with big data, to validation of drugs with a new purpose in a fish model," says Michaelson, UI associate professor of psychiatry and a member of the INI. "Now we have a short list of medications that could give hope to people who have seizures that are not effectively treated by traditional medications."

Whilst Bassuk is excited by the possibility of eventually moving some of the drugs to clinical trials, he notes the importance of proceeding cautiously.

"Zebrafish are a great model of testing the anti-seizure effect of these drugs quickly and cheaply, but they are not mammals," he says. "We would like to test the remaining about 90 drugs in zebrafish, and then in a mouse model. Any drugs that pass both of these tests could theoretically go on to clinical trials in patients with epilepsy."