Can changes in heart activity be an indication of epilepsy? 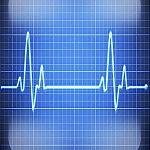 Researchers at Case Western Reserve University in Ohio have discovered that, even in the absence of seizures, people with generalised epilepsy have differences in their heart activity compared to the average person.

The autonomic nervous system regulates the functions of our internal organs such as the heart, stomach and intestines. It is also thought to play a significant part in Sudden Unexpected Death in Epilepsy (SUDEP) and research into this link is currently ongoing.

The researchers investigated the heart rate of 91 children and adolescents with generalised epilepsy and 25 children without epilepsy during 30 minutes of light sleep with when their brain activity was normal or was between seizures. They also took blood pressure readings from all participants and included this information in their findings. The researchers were especially interested in recording the subjects' heart rates and heart rate variability' (variation of heart beat to beat intervals), which corresponds with 'respiratory sinus arrhythmia' (a naturally occurring variation in heart rate that occurs during a breathing cycle).

The findings showed that individuals with epilepsy had evident changes in heart rate variations which occur during a breathing cycle than those without epilepsy. Those with epilepsy also had a lower average heart rate even when differences in age, height, gender and weight were taken into account for both groups. This indicates that the area of the autonomic nervous system called the parasympathetic which is responsible for stimulation of "rest-and-digest" activities that occur when the body is at rest was more active in those with epilepsy. The other divide in the autonomic nervous system the sympathetic branch whose primary process is to stimulate the body's "fight-or-flight" response was not markedly different between the two groups.

In the group of 25 individuals without epilepsy, the researchers identified 5 individuals who had variations in their heart rates during their breathing cycle and also had a lower than average heart rate. These individuals went on to develop epilepsy, indicating that an increase in parasympathetic activity may precede the commencement of epilepsy in some children.

These findings indicate that autonomic activity is imbalanced in childhood with generalised epilepsy, and that this imbalance may be detected before epilepsy develops. In the future, this could have significant implications for the diagnosis of epilepsy and the identification of children who are likely to develop it. The results provide evidence that an imbalance in the autonomic nervous system function in generalised epilepsy might be a key contributing factor to (SUDEP).

The research team are now seeking more funding in order to carry out their research in adults with epilepsy, and investigate possible new treatments that alter parasympathetic activity.