It was a truly woeful day in Tipperary. On arrival, I was greeted at Nenagh racecourse with claps of thunder and bolts of lightning and after staying in the refuge of my car to let the thunder pass, I was then greeted by Storm Dennis ringing in my ears. It certainly was a woeful day weather wise but that was the only woeful thing about a wonderful day in North Tipperary. 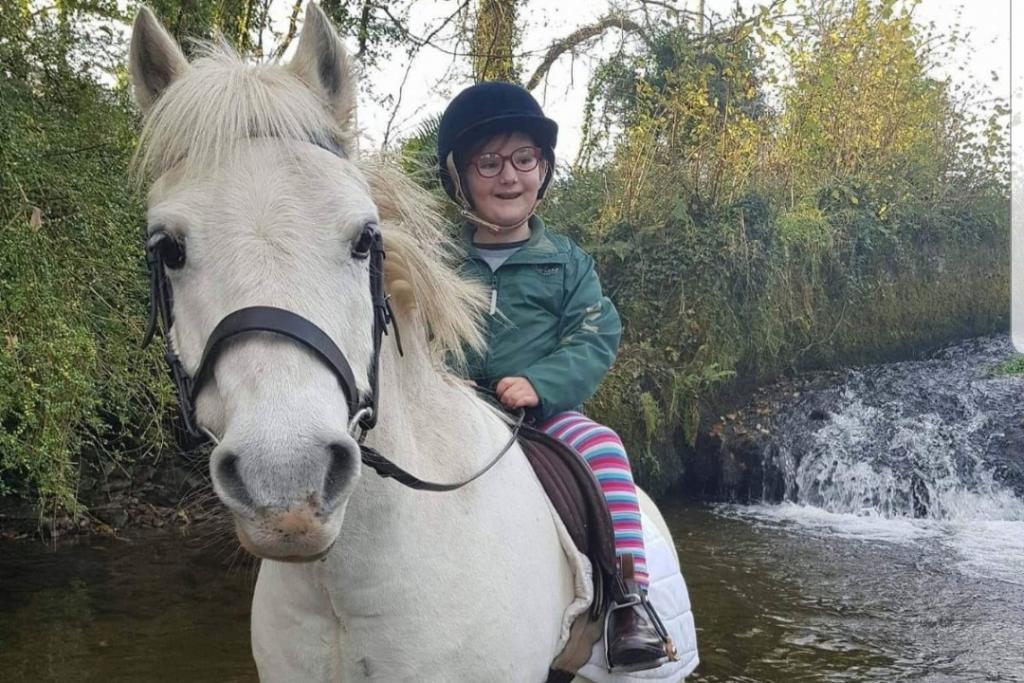 I was joined in Tipp by our local Community Resource Officer, Veronica Bon, for the inaugural running of the Brianna Lynch Memorial Cup; a very special event in memory of a very special little girl.

Brianna passed away at the age of nine towards the tail end of 2019. In her short life, she lived with a number of conditions - including epilepsy. Despite the challenges she faced in her life, her mother Arabella told me how she faced everything with a smile and that smile was instantly recognisable by not only her family but the wider Tipperary community.

As we made our way to the marquee where we would be stationed with our information stand, Dennis gave one final push to try and have the whole day called off. He roared through the marquee, trying to relocate it to pastures new, but the steely determination of all those inside made sure he was not successful.  He remained for the rest of the day, but was a mere background to the wonderful event unfolding before our eyes.

Despite the weather, there was still a huge crowd in attendance to watch the races of the day at Nenagh but the main event for us would be taking place at 3.20pm – the inaugural running of the Brianna Lynch Memorial Cup.

Myself and Veronica watched as streams of people approached Brianna’s family to not only offer their condolences but to offer their congratulations on organising such a fantastic event in memory of their daughter. Mirroring Brianna, well-wishers, neighbours and friends were greeted by a smile from all members of Brianna’s family. Like worker bees, they had been moving through the crowd and the course with blue buckets with Epilepsy Ireland brandished on them, raising vital funds for our work.

Slowly but surely, we noticed how smaller than usual jockeys started to appear as they presented to get their scarf for the race as well as our new Purple wristbands to help raise awareness of epilepsy. To offer context, the Cup would be contested by junior members of the local riding clubs. The youngest contestant that I heard of was 9 years old.

Veronica and I laughed as we listened to a future Ruby Walsh talk about his prospects of winning the grand prize – “I’ll just give it a lash sure” which was quickly followed by, “it doesn’t matter about winning, we all just want to do well.” It was a welcome comment from someone so young and epitomised the energy on the day.

After being blinded by the colour of the silks of the various mini jockeys which stood out fiercely on a dull and stormy day, 24 runners and riders were in the parade ring. Magnificent people and magnificent creatures together in memory of little Brianna. There was a poignant moment as Brianna’s mother pointed out that Brianna’s horse Cora would also be taking part in the race. A stunning white pony which like the silks, stood out for all to see on the dull day.

There would be two categories within the race – a trophy for the horse that won and a trophy for the pony that won. And with that, a majestic field of 24 hit the track. They were greeted with wind and rain but also a single shard of sunlight which they raced towards which was touching given the context under which the race was being run.

As the runners and riders made their way out of view, we were guided by Brianna’s mother Arabella – who had taken on the role of Tracy Piggott – and was providing play by play commentary of the race as it unfolded. 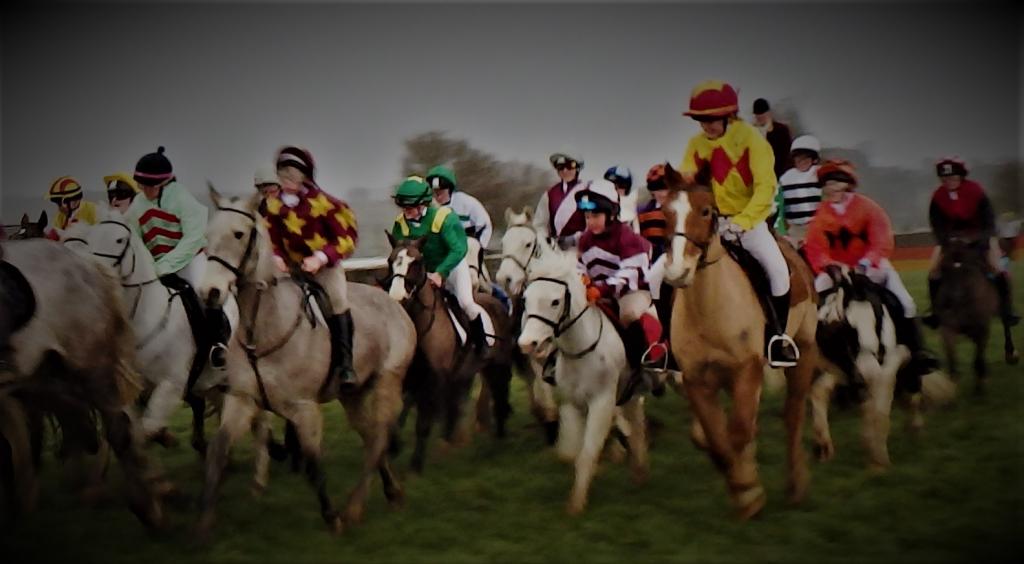 A very technical system had been employed whereby there was a quad following the field with the passenger phoning in the live report to Arabella who subsequently reported it to the crowd in attendance. Let’s just say that some of the report may have got lost in translation and although we were thoroughly entertained by the play by play commentary, none of it left us any the wiser on the proceedings of the race until the field of 24 appeared into our view again.

Leading them was Hector, ridden by Paul Seymour while, the first pony to cross the line was Lucky, ridden by Hannah O’Slaterra.

As all runners and riders returned, they were greeted with applause and congratulations for partaking in such a worthwhile event. Some were unrecognisable from the muck that had been kicked up in their faces, but there was again a reminder of the little girl who the race had been run for – every single one of them had a smile.

Epilepsy Ireland would like to thank all of Brianna's family, friends & community for their efforts on our behalf in memory of their little girl. To make a donation in Brianna's memory, you can click here.