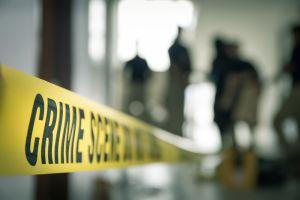 Epilepsy is a neurological disorder marked by sudden recurrent episodes of sensory disturbance, loss of consciousness, or convulsions, associated with abnormal electrical activity in the brain and it affects more than 65 million people worldwide and almost 40,000 people in Ireland. Close to one third of people living with epilepsy have difficulty controlling their seizures even with the help of medication. Seizures may interfere with a person’s work, relationships and independence.

Earlier research has indicated that people living in neighbourhoods with high rates of crime have significantly higher levels of the stress hormone, cortisol.  Stress has also been known to trigger seizures amongst people with epilepsy.

The data regarding the amount of seizures each participant had was collected by the participants self-reporting their seizures.

Seizures can have a severe impact on a person’s quality of life. Following a seizure people can become extremely fatigued, seizures that result in falls can causes bruising or even broken bones. There can also be some levels of stigma still associated with having seizures in public places.

Dr. Dilip Pandey, an investigator on this study and associate professor of neurology and rehabilitation at UIC said; "Understanding the impact of violence and crime as potential triggers for seizures underscores the need for further research that might allow clinicians to make better-informed recommendations for self-management education and stress management skills".