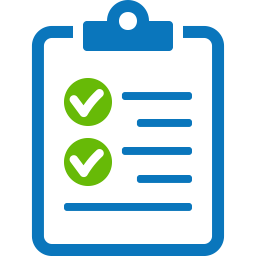 To mark National Epilepsy Week (May 15th - 21st) which begins today, Epilepsy Ireland has announced results of a survey conducted among people with epilepsy on their experience of the condition within the workplace.

The positive results showed that:

However, not all the figures are encouraging:

Speaking in advance of National Epilepsy Week, Peter Murphy, CEO of Epilepsy Ireland said: "Epilepsy affects over 37,000 people in Ireland and historically there has been a stigma associated with the condition. The results of our national survey are extremely encouraging and indicate that attitudes towards epilepsy are changing and people are more comfortable talking about it with their employer. However stats from our research indicate that negative attitudes towards the condition still exist.

"It is important for employers to remember that most people with epilepsy have been able to stabilise their condition through a medical regime. Furthermore, for the majority of people with epilepsy, the condition is unlikely to impinge on their working lives. Sick leave and accidents at work are no more frequent among people with epilepsy than in other workers. Epilepsy Ireland has anecdotal evidence that shows a common cold or flu is likely to account for more sick leave than any time taken off due to seizures.

"A number of myths have grown up around epilepsy in the workplace, probably dating from times when medical treatment was not as successful in treating the condition and from common historical portrayals of seizures. People with epilepsy make just as good (if not better) employees. From our experience because they find it difficult to obtain employment, they tend to be more motivated in seeking and retaining jobs."

Epilepsy is the tendency to have recurring seizures. It can affect people of all ages, but is more prevalent in children, adolescents and the elderly. It is also more common in people with an intellectual disability. It is a treatable condition and the majority of people can become seizure-free thanks to medications or in some cases through surgical intervention. However, for about one in three people, existing treatments do not control the seizures and for this group in particular, epilepsy can be particularly debilitating, affecting the person's education, employment, psychological & social functioning, self-esteem and independent living.

*Epilepsy Ireland surveyed 337 people online who have the condition from April 28th to May 10th 2017.