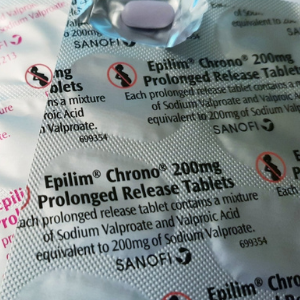 What we are seeking:

Sodium Valproate (Epilim) is a common epilepsy drug which was licensed in Ireland in 1975. However, since the 1960s, it was known that the drug could have a severe impact on the unborn child if prescribed in pregnancy. Despite this, it was not until 2014 and again in 2018 that significant measures were taken to warn women of childbearing age about the potential impacts of this drug.

For this reason, Minister for Health, Deputy Stephen Donnelly announced in Nov 2020 that an inquiry would be established into the historical licensing and prescribing of Sodium Valproate. This was a very welcome development. However, there has been little progress made since then on establishing the inquiry. Families affected by this drug have waited long enough for answers on why this was allowed to happen to them, and the promised inquiry needs to be urgently established.

With regard to the recruitment of nurses, in 2018 as part of the HSE Valproate Response Project, it was agreed that 6 Epilepsy Nurse Specialists would be appointed to epilepsy services in Ireland. The recruitment of the nurses would help to ensure that women currently  on the drug were being informed yearly about the risks and to have discussions around family planning. This would help prevent families from being impacted by Sodium Valproate in the future. To date, only 2 of these nurses have been recruited.

While good work has been conducted in strengthening risk reduction measures on the use of Sodium Valproate since 2018, there is still much work left to do. The pinnacle of the risk reduction measures introduced was what was coined as the Pregnancy Prevention Programme. This meant that any women on Sodium Valproate had to be reviewed annually by their clinician and that they had to sign an acknowledgement annually stating they were fully aware of the risks associated with the drug.

In 2020, an Epilepsy Ireland survey found that many women who had taken or were taking the drug were dangerously unaware of the impacts Sodium Valproate could have and indeed, were equally unaware of the risk reduction measures that should be applied when on the medication. For this reason, we alongside our colleagues in OACS Ireland have called for the establishment of a stakeholder group. This would involve all involved in this issue (Department of Health, HSE, HPRA, GP & Pharmacy representatives, Patient Representatives etc) coming together to review the measures that are currently in place and to discuss where they can be strengthened – so we can ensure that no child is affected by exposure to Sodium Valproate (Epilim) in the future.

As the representative organisation of families who have been impacted by Sodium Valproate, our collegues in OACS Ireland are leading discussions regarding the services which need to be in place for the families who's children have been impacted by Sodium Valproate. Families are caring for children (many of whom are now adults) with severe disabilities and need have a pathway of services in place to support their vast and varying needs.

**Women and girls should not stop taking valproate without first discussing it with their doctor. More information can be found at www.epilepsy.ie or by calling Epilepsy Ireland at 01 4557500. OACS Ireland can be contacted via www.oacsireland.com.**

How you can help

There is a template of a letter available for download at the end of this article that you can use to contact your local TD or Senator putting forward the key questions that currently exist around this issue. You can download this letter HERE. We recommend that you use this letter as a template and to include personal experience if your family has been impacted by personal experience.