Research indicates people with epilepsy are more likely to be smokers 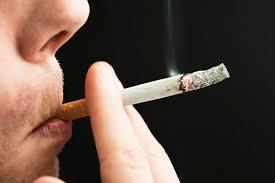 There is a strong connection between epilepsy and smoking according to Swiss research.

Even though it has yet to be confirmed if epilepsy actually causes smoking, there seems to be a genetic link between susceptibility to the condition and to tobacco addiction. The study found that people with epilepsy often find benefit in smoking to ease stress or anxiety.

For the research, published in the Journal of Neurology, a selection of scientists from University Hospitals and Medical School of Geneva, examined 429 people, aged 16 years and older, who had the neurological condition and those who lived in French-speaking Switzerland.

The stats showed that 32.1% of people with epilepsy were smokers, compared to 19% of the 'general' French-speaking Swiss population. The most common form of smoking was seen among people with idiopathic generalised epilepsy (44.3%) as opposed to 27.8% for different types of epilepsy.

This data is key because it suggests that people with epilepsy may need additional education regarding the issue of smoking.