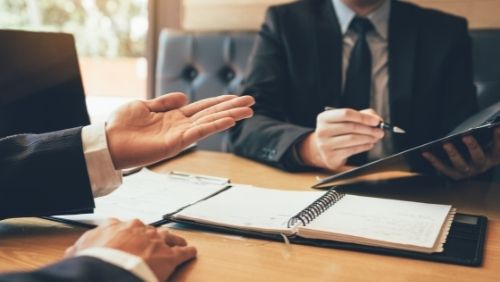 However, a number of myths have grown up around epilepsy, probably dating from times when medical treatment was not as successful in treating the condition and from common historical portrayals of epilepsy and seizures. In fact, people with epilepsy can work in a vast majority of jobs. Furthermore, employers rarely, if ever, incur extra costs through employing someone with epilepsy.

Below are some of the most common questions that Epilepsy Ireland is asked by Employers. We hope you find this useful and if you have any additional questions, please contact us.

We also recommend that you download our Employer's Guide to Epilepsy for more information.

What do I do if I find out that a person I have recently hired has epilepsy?

Use the opportunity to inform yourself about epilepsy. You’ll be amazed at how little it interferes with day-to-day living for many people living with the condition.

Are persons with epilepsy obliged to disclose their condition to employers?

They are only obliged to disclose their condition if they are specifically asked. They can only be asked as part of a medical examination.

Is it true that people with epilepsy have more absenteeism?

No. Evidence would suggest that, on average, people with epilepsy have fewer accidents at work than other employees, take less time off work and have good job loyalty records. It is important to note that people with epilepsy who are stable on medication may have very few or no seizures.

Can people with epilepsy work with machinery?

Yes. Epilepsy does not restrict a person from operating guarded machinery. If changes need to be made, there are grants available for adapting workplace equipment.

Are there any jobs that people with epilepsy cannot do?

People with epilepsy can perform the vast majority of jobs; e.g. they can operate machinery, drive cars and use computers. Their job performance depends on their own innate ability and is independent of their condition. There are some restrictions e.g. a person with active epilepsy cannot get a C or D license for a heavy goods vehicle unless they are seizure free without medication for ten years. A history of epilepsy will typically prevent someone from becoming an airline pilot. A minority of people whose seizures are not completely controlled may have problems working with young children, near open water or at heights. However, it is important to emphasise that blanket restrictions should be avoided.

Do people with epilepsy have more accidents?

No. People with epilepsy are generally very careful about their own well-being and are no more prone to accidents than anyone else. Epilepsy does not usually force the employer to take extra safety precautions in the work place.

Are people with epilepsy less productive?

No. People with epilepsy, often being aware of employers’ concerns over productivity, can be keen to prove that they are productive, reliable and valuable employees. The difficulty is often securing the job in the first place. If an employee has a seizure at work, they usually only need a short rest, after which they can resume work as normal.

Are there higher work cover premiums for people with epilepsy?

What do I do if someone has a seizure at work?

Is job accommodation for people with epilepsy expensive?

No. Most often, employers do not need to make any adjustments, and if changes need to be made, financial support is available.

Are people with epilepsy allowed to drive?

Yes, if seizure free for one year a person would be legally entitled to drive a car. See the Driving section for more detailed information.

How do I reassure my customers if an employee has a seizure at work?

Although observing a seizure can be disconcerting, the customer is likely to appreciate an employer who reacts with understanding and fairness towards an employee with epilepsy. Indeed, providing staff with first aid information could be advantageous in the event of a customer having a seizure.

Are people with epilepsy able to handle management positions?

Yes, if they have the job qualifications and skills for doing so.

Why are some people reluctant to disclose their epilepsy?

There can be many reasons, depending on the individual, the most common being a fear of discrimination or being treated differently. As the majority of people with epilepsy lead normal active lives, they don’t wish to run the risk of not being considered for responsibility or a promotion if they disclose their disability. When a person with epilepsy chooses to disclose their condition, often they are placing a great trust in the person to whom they disclose. The person receiving this information should bear this in mind when responding. They should do their utmost to reassure the individual that epilepsy is something the person has, it does not define them.

What do I tell co-workers if I employ a person with epilepsy?

Anything to be said should be done in the presence of the employee with epilepsy. It might be a good time to have an open discussion about epilepsy and other disabilities in general. First Aid measures should also be dealt with. Epilepsy Awareness Training is available from Epilepsy Ireland.

Is stress in the work place a particular risk for people with epilepsy?

Stress is a very individual factor for anyone, regardless of whether they have epilepsy or not. For some people with epilepsy it can be a factor. Everyone is affected by stress to some degree, and everyone has to learn how to cope with it in his or her working life. As with all employees, a supportive working environment benefits everyone with their stress levels

Are there any guidelines or principles for employing people with epilepsy?

Yes, but they have more to do with good practice rather than employing someone with epilepsy per se. The Employment Commission of the International Bureau for Epilepsy (IBE) have produced a document entitled Principles for Good Practice in the Employment of People with Epilepsy.

Where should people with epilepsy go to get support?

People with epilepsy may get support and advice from their GP, pharmacy and from Epilepsy Specialist Nurses connected to most main hospitals. Epilepsy Ireland provides a comprehensive range of support. We have Community Resource Officers who are available in all regions across Ireland offering a range of individualised services.