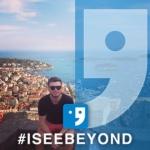 Epilepsy Ireland and Headway have joined forces to launch an innovative new public awareness campaign called I See Beyond (#iseebeyond). The campaign focuses on raising awareness of hidden disabilities like epilepsy and acquired brain injury and will be launched on Wednesday February 3rd by the Minister for Health, Leo Varadkar.

A series of six short videos will highlight the challenges of living with a hidden disability and promote positive attitudes.

The videos will reflect real stories and illustrate how all might not be how it seems in the day to day life of the person living with epilepsy or a brain injury. They will challenge those watching to think twice about what the person might be going through and to be more compassionate and understanding... to See Beyond.

The campaign will be largely online and social media based. Every time someone watches a video they will be asked to share the video with friends and colleagues. They will also be rewarded with a personalised social media icon to show that they support awareness of hidden disability. The hashtag #iseebeyond will be used to support the campaign.

People with epilepsy, acquired brain injury or any other hidden disability are invited to play their part by sharing their story on the campaign website.

Businesses too can support the campaign through the site, while other non-profit organisations are also invited to take part. A number of companies have already agreed to take part including Flogas, BDO and Munster Rugby.

Hundreds of thousands of people in Ireland are affected by hidden disability, which is simply any disability that is not immediately apparent. Epilepsy and Acquired Brain Injury (ABI) are just two of many that the #iseebeyond campaign is setting out to highlight. There are an estimated 30,000 people in Ireland living with an ABI and 37,000 people living with epilepsy.

Despite this staggering prevalence, a national survey conducted recently by Amárach Research for Headway and Epilepsy Ireland revealed an overwhelming lack of awareness of hidden disabilities. Details of the research will be presented on Wednesday.

Full details of the campaign will be available from Wednesday and will run through February including International Epilepsy Day, February 8th.